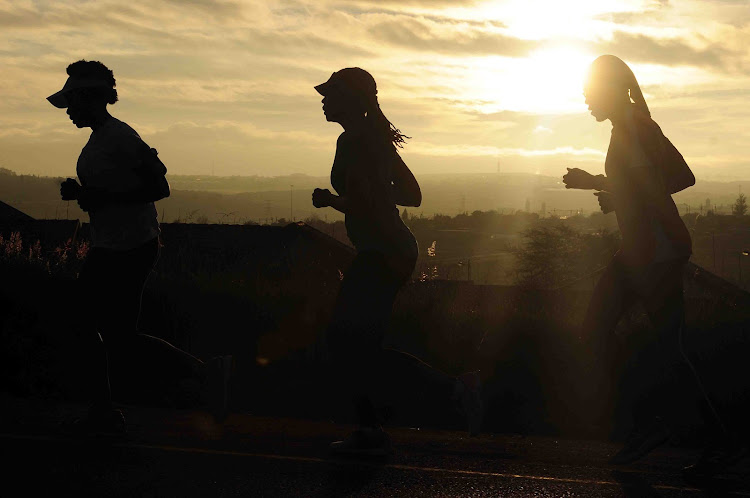 A group of social runners training for a marathon running in Olievenhoutbosch towards Centurion silhouetted by an early morning sunrise.
Image: Thulani Mbele

When I think about SA's top black female long-distance runners, only Mapaseka Makhanya comes to mind, and obviously Blanche Moila, whom I am too young to have seen racing in her prime.

Moila was the first black female athlete awarded Springbok colours in 1984 in the 10km, 16km and 21km and represented SA at the World Marathon Cup in Spain in 1993.

On the podium, black female athletes are nowhere to be seen, although they make up the most numbers in races. Most of these women are only in their second or third year of running; they are wives and career women only realising their love for running now.

A running friend in her 40s has run a sub 3:40 marathon time. This lady could probably have ran sub 2:30 in her mid 20s and possibly world-class times in her 30s if she had been developed from a young age.

Josiah Thugwane had the likes of Matthews Temane and Matthews Motshwarateu to look up to, Lusapho April and Stephen Mokoka had Thugwane to look up to. There has not been any generational bridge for black women in long-distance running. 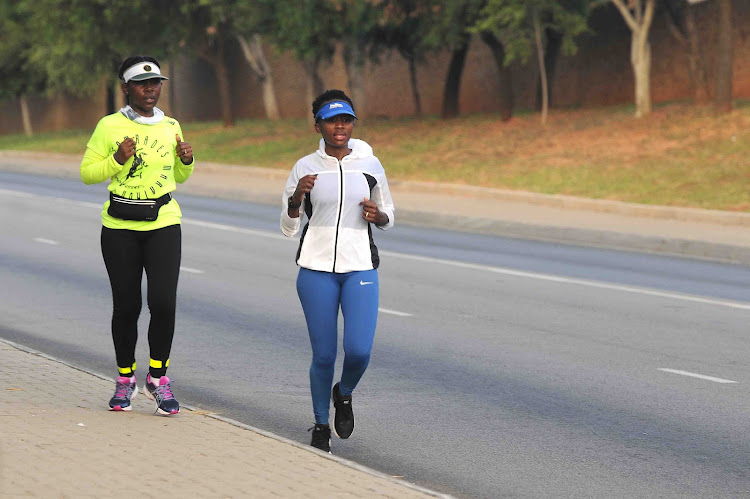 Challenges faced by a young girl with running talent are many compared to her male counterpart.
Image: Thulani Mbele

It must have been difficult for the likes of Makhanya to have had no black women athletes to look up to. Not because of the lack of talent, but because it was taboo for black women to take up any form of sport in the olden days. They were expected to be wives and mothers and their only form of exercise was house chores and taking care of children.

Challenges faced by a young girl with running talent are many compared to her male counterpart.

A girl child faces sexual and gender-based violence, teenage pregnancy and, most importantly there is no parental support for a black girl child to be encouraged to take up running as a career. If there is support, a promising talent from the township and deep rural areas will not have the facilities and right coaching she needs to blossom.

The black middle class running the Soweto Marathon in their numbers need to also play their part and tell stories about Makhanya and the Phalula twins to their little ones. They need to bring them to the races and take pictures with these athletes.

We can only hope the likes of Glenrose Xaba and Kesa Molotsane, two middle distance runners showing immense talent, are being nurtured to develop into world-class athletes.