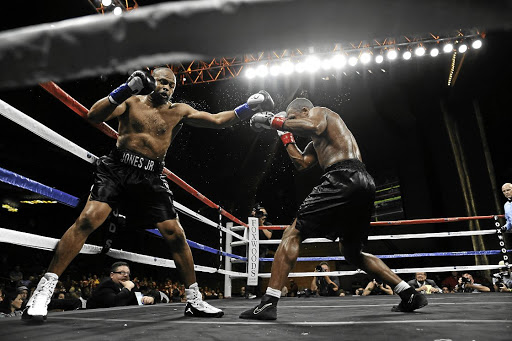 American boxing icon and former world champion in four weight divisions, Roy Jones jnr, can't wait to touch down in SA for the grand opening on September 1 of a boxing gym that he will co-own with accomplished manager Jodi Solomon.

The Roy Jones Jr and Jodi Solomon Boxing Gym will be in Craighall Park, Joburg.

Speaking to Sowetan yesterday from Pensacola, Florida, the 49-year-old former junior-middleweight, super-middleweight, light-heavyweight and heavyweight championsaid: "I am so happy and excited to be coming to South Africa. I cannot wait to come and meet everybody down there."

Jones has a connection with Africa, having defeated Thulani "Sugar Boy" Malinga in 1993, and he now hones the skills of WBC International light-heavyweight champion Isaac "Golden Boy" Chilemba, the Malawian whose fruitful career is managed by Solomon in SA.

Jones, who is also a boxing commentator, rapper and actor, holds the record for the most wins in unified light- heavyweight title bouts, at 12.

They can no longer be trusted, fumes Zonke .
Sport
3 years ago

He was named Fighter of 1994 by The Ring magazine, and the World Boxing Hall of Fame named him the 2003 Fighter of the Year.

Jones began working with Solomon in 2016.

Solomon remains an unknown entity in local boxing despite her successes. She has been managing fighters since 2008.

She said: "I have been extremely privileged to have worked with Roy Jones jnr for so many years.

"Roy has assisted with my knowledge and understanding of the sport, in addition to my training ability.

"This is an exceptionally motivating reason for all who are inspired to join our new boxing gym.

"The gym will have a strong focus on inspiring those attracted and interested in fitness training through the medium of boxing and, in addition, will assist both talented pro fighters and younger fighters to grow within the industry."