He's back! Marawa admits to feeling butterflies in his stomach ahead of return to radio 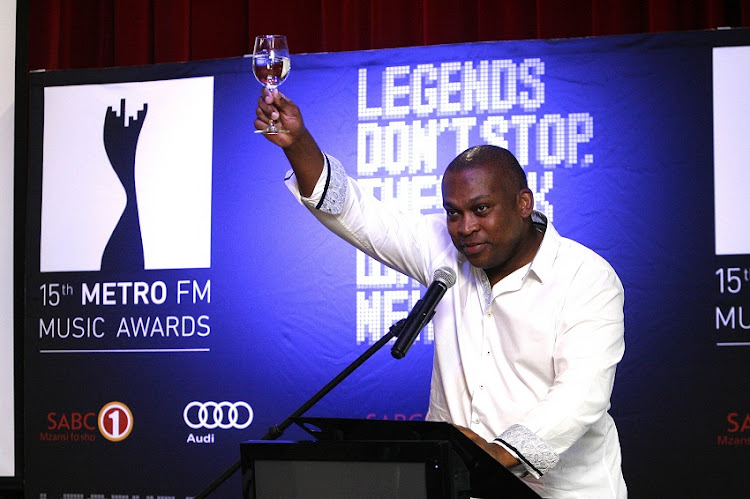 Robert Marawa has admitted to feeling butterflies in the pits of his stomach ahead of the popular sportscaster's hugely anticipated return to the radio airwaves on Wednesday afternoon.

Marawa's radio show will debut on extended simulcast on Metro FM and Radio2000 between 6pm and 8pm and he will be accompanied by his trusted producer Beverly Maphangwa.

The sportscaster told SowetanLIVE that while returning to radio after a 14-month absence was exciting‚ he was also feeling nervous as the reaction from sports fans has been overwhelming since the SABC announced his return to Auckland Park last week.

“Because of the huge public interest‚ there is pressure on us to come up with something different‚"he said.

"You must understand that I am only human but radio is radio and I am a broadcaster.

"Other features will be new and others will be from the old show (on Metro FM)‚ but you must expect accountability and celebration of those who excel in their various sporting codes.”

The popular Room Dividers‚ the rugby show which ran every Tuesday on his previous show on Metro FM featuring Kaunda Ntunja‚ Lawrence Sephaka and Thando Manana‚ will be back.

The chairman’s chair will now be extended to NFD teams.

“The Room Dividers are going to play a huge role in the show because we have the Rugby World Cup in Japan next year‚" he said.

Marawa said the new theme song of the show would be a surprise to the listeners .

"That will be a surprise‚ but I am ready and looking forward to being back and doing what I love most.

"We will from time to time have guests in the studio but it is going to be a show for the people.”