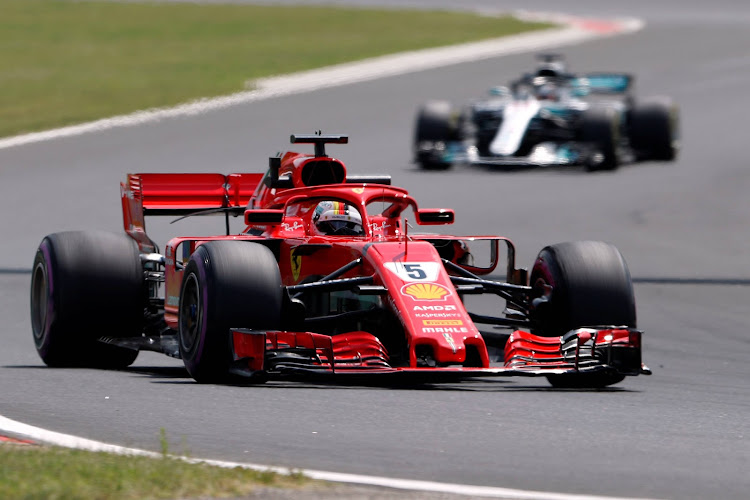 Ferrari’s Sebastian Vettel kept Red Bull off the top of the Hungarian Grand Prix practice timesheets on Friday with Formula One leader Lewis Hamilton only fifth fastest for Mercedes.

Vettel, his team mourning the death of former chairman Sergio Marchionne, ended the day with the quickest lap of one minute 16.834 seconds after Red Bull’s Australian Daniel Ricciardo led the way in the morning with a best of 1:17.613.

Ricciardo was third in a blazing hot afternoon session, behind 20-year-old Dutch team mate Max Verstappen, who was 0.074 slower than Vettel.

Red Bull are expected to be among the favourites at a comparatively slow track that suits the aerodynamic qualities of their car much more than Mercedes, whose drivers seemed to lack grip, and is less engine dependent.

Mercedes have been able to count on more power in qualifying, however.

Ricciardo won from pole in Monaco this year and the Australian took grid penalties in Germany last weekend to give himself the best shot at a circuit sometimes referred to as ‘Monaco without walls’.

Ferrari’s Kimi Raikkonen was fourth in both sessions and compatriot Valtteri Bottas, Hamilton’s team mate, was also sixth before and after lunch.

Hamilton is 17 points clear of Vettel in the standings after 11 races, with Sunday’s round the last before the sport’s August break.

The Briton, who has won five times in Hungary but never in a championship year, suffered a big slide into the chicane on the dusty asphalt in the morning.

Renault’s Nico Hulkenberg stopped on track with an engine problem and missed the last half hour of that early session.