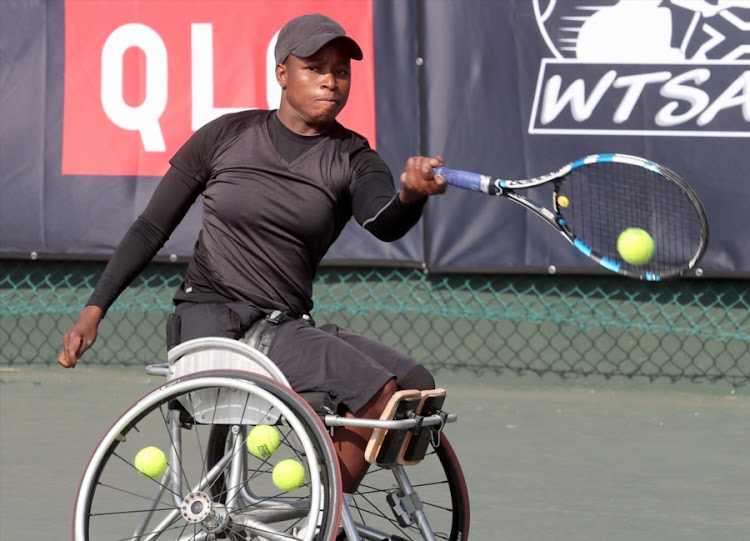 Kgothatso Montjane of South Africa in action in the semifinals of the womens singles during day 3 of the Wheelchair Tennis Joburg Open at the Arthur Ashe Tennis Centre on July 04, 2017 in Johannesburg, South Africa.
Image: Reg Caldecott/Gallo Images

Seasoned wheelchair tennis player Kgothatso Montjane not only achieved the notable milestone of reaching the Wimbledon semifinals‚ but did so while travelling on her own and without a coach.

This revelation on Facebook and a subsequent radio interview elicited a visceral public response towards Wheelchair Tennis South Africa (WTSA).

The organisation’s national public relations manager Anthony Moruthane told Times Select a severe lack of funds forced their hand and Montjane travelling alone was not an act of malice.

According to Moruthane‚ they have been staring down the financial barrel since they lost their Airports Company South Africa sponsorship 18 months ago.