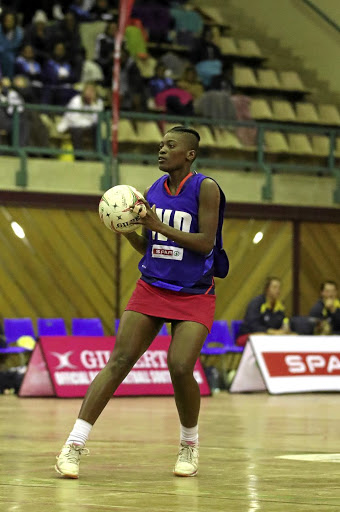 Aspiring netballers, particularly black talent, can look up to Lungile Mthembu for inspiration.

The lass from Empangeni in KwaZulu-Natal has scripted her own journey through passion for sports and her love for education.

"I actually liked cricket more but I turned to netball because of the social life in the sport is very nice ... you make friends all the time," Mthembu told Sowetan shortly after helping her side, Tshwane, to the Spar National Championships title in Port Elizabeth at the weekend.

"I started playing netball in 2012 and the journey has been great since I was scouted at the national champs when I was at Eshowe High School," recalled the wing defence player.

Mthembu is gifted so much that three universities had enticed her with scholarship where she had to choose between North West University, University of the Free State and University of Pretoria.

"My initial choice was Free State but my family thought it's too far and I settled for Pretoria," added the sports and leisure studies student.

Mthembu is steadily closing in on the legacy her home province girls Precious Mthembu and Bongiwe Msomi, both regular SA women's team players.

Mthembu, 23, was named in the President's XII team at the conclusion of the SA championships on Saturday.

"You don't get in [the teams] because you're black or you're a quota, it has to be on merit. I got where I am through hard work," she pointed out.

"I was in the SA under-19 and under-21 teams, now I'm in the President's XII team, meaning I am one step away from the Proteas."

Mthembu is also hopeful that netball will grow in the country now that South Africa has registered its interest in hosting the 2023 World Cup.

"I so wish SA wins [the rights to host]. We'll benefit a lot and many people will start following netball with passion. As it is, only a few know national netball team players."