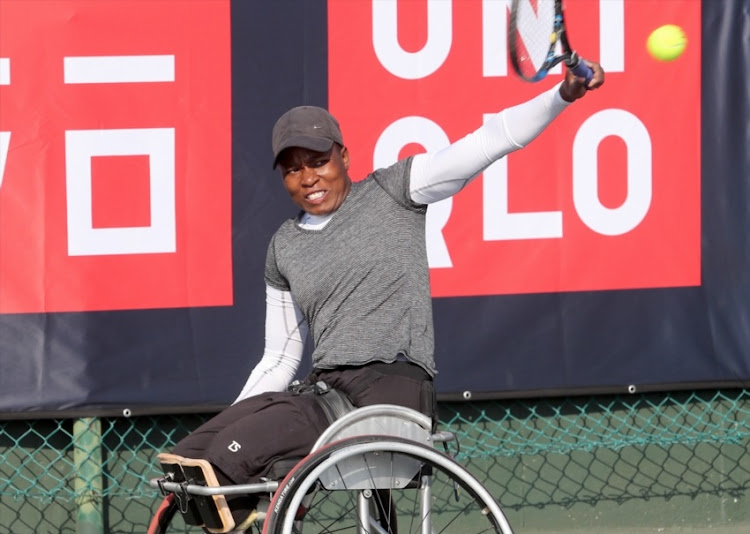 Kgothatso Montjane of South Africa in action in the women's final during day 4 of the Wheelchair Tennis Joburg Open at the Arthur Ashe Tennis Centre on July 05, 2017 in Johannesburg, South Africa.
Image: Reg Caldecott/Gallo Images

Montjane‚ who earned a wild-card entry‚ beat her doubles partner‚ Germany's Katherine Kruger 6-3‚ 2-6 and 6-1 in a match that lasted for an hour and 20 minutes.

The eight entrants in the singles draw also compete in the doubles section of the tournament‚ which means Montjane‚ who is a seasoned tennis practitioner‚ could add to her kitty.

Montjane‚ with a world ranking of eight in singles and doubles‚ suffered from Amniotic Band Syndrome‚ which prevented some fingers and her legs from developing properly.

She had her left leg amputated when she was young‚ and in her early days she used to serve with her weaker right arm and then play out the points holding the racket with her left arm.