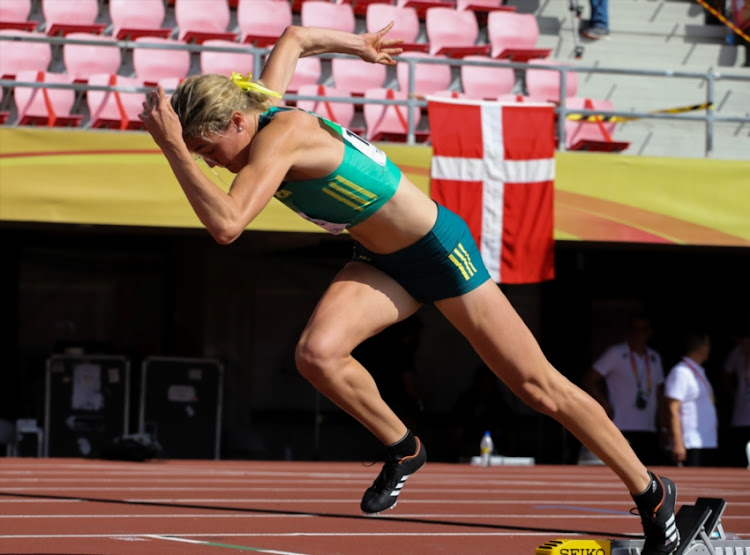 Zeney van der Walt of South Africa at the start of the heats in the women's 400m hurdles during the morning session on day 2 of the IAAF World U20 Championships at Tampere Stadium on July 11, 2018 in Tampere, Finland.
Image: Roger Sedres/Gallo Images

World under-18 champion Zeney van der Walt easily made the step up to under-20 as she crunched the fastest time of the 400m hurdles heats at the world championships in Finland on Wednesday morning.

Canada’s Xahria Santiago was second-fastest overall in 58.09‚ with Shiann Salmon of Jamaica next best in 58.14.

The matric pupil at the Afrikaans Hoer Meisieskool in Pretoria‚ who turned 18 in May‚ is younger by at least several months than her two closest rivals — and she has a faster personal best than both.

The semifinals are scheduled for Thursday with the final on Friday.

In other action on Wednesday morning‚ Meike Strydom advanced to the final of the women’s shot put later in the day. And Gabriel Louw advanced to the men’s 400m semifinals.