Mthembu is on the pound seat 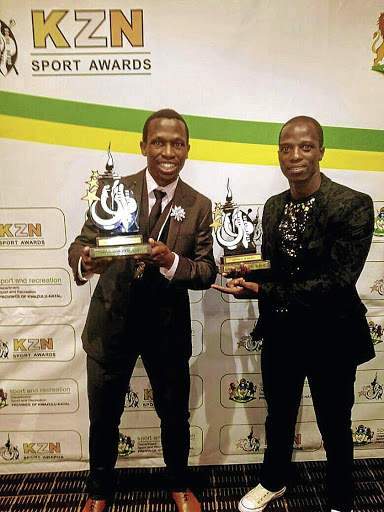 With his latest Comrades Marathon triumph, Bong'musa Mthembu not only reaffirmed his status as the best ultra runner in the country but his feat also put him firmly on the pound seat.

Now everyone wants a piece of the history maker. Yesterday started with a special breakfast organised by Comrades Marathon Association and various race sponsors to honour the gold medalists.

Mthembu's win has earned him over R600 000, and untold riches await him as his club, Arthur Ford, would probably reward him for putting it on the map.

In addition to his R440 000 first prize purse, there is also R200 000 if the champion is a South African citizen, while KwaZulu-Natal's department of sport and recreation has also pledged R45 000 if the winner is from the province.

Clearly Mthembu, who hails from Bulwer outside Pietermaritzburg in the KZN Midlands, utilised home-ground advantage in annexing his third Comrades title on Sunday - the first local man since Bruce Fordyce to record back-to-back wins in the ultra race.

"Bongz is a humble person but what makes him a great athlete is his commitment in whatever he does," said his coach Xolani Mabhida.

"He's innovative and a risk-taker. Choosing me to be his coach was a risk but he stayed with me when some people were saying I had no experience in coaching ultra-marathons," added Mabhida, a former mid-distance runner.

Mthembu's former coach William "Willy" Mtolo - another KwaZulu-Natal long-distance running legend - added: "He is strong naturally and his advantage also comes from training in Underberg [in the Mzimkulu River valley of KwaZulu-Natal]."

"He used to take my advice when we were still at Mr Price and I'm happy to see his development as an ultra runner. He is not only strong physically but he can read the race well."