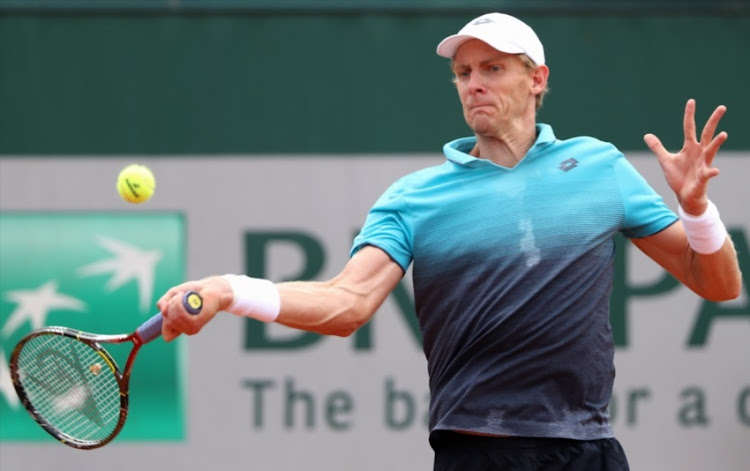 Kevin Anderson of South Africa plays a forehand during the mens singles third round match against Mischa Zverev of Germany during day seven of the 2018 French Open at Roland Garros on June 2, 2018 in Paris, France.
Image: Matthew Stockman/Getty Images

South Africa's Kevin Anderson progressed to the fourth round of the French Open after a hard-fought win over Germany's Mischa Zverev on Saturday.

Anderson will face Argentina's world No 12 Diego Schwartzman for a place in the quarter-finals on Monday.

On the same day‚ clay court machine Rafa Nadal faced his old friend Richard Gasquet and he bulldozed past the local favourite 6-3 6-2 6-2 to reach the next round.

Top seed Nadal won the first 12 points of the match and opened up a 5-0 led before Gasquet finally got into the contest‚ but it was once more too little‚ too late for a player who had been labelled the ‘Mozart of tennis’ in his teenage years.

Gasquet actually won their last encounter — but it was at the Kooyong Classic exhibition event this year. When it matters Nadal must know he won’t get into trouble‚ having not dropped a set against a player who was his rival in the juniors since 2008.

There was a sense of inevitability about the outcome when both players made their appearance on Court Philippe Chatrier‚ where Nadal is the huge favourite to lift the Musketeers Cup for a record-extending 11th time.

“I played very well‚ I’m sorry for Richard‚ he is a good friend and a good person‚” said Nadal‚ who played a few rallies with a ball boy after his match.

He has now won 30 sets in a row on the Parisian red dust and his last-16 opponent‚ 70th ranked 22-year-old German Maximilian Marterer‚ does not exactly seem equipped to cope with the Mallorcan’s range of weapons.

Gasquet was totally overwhelmed on Saturday‚ finding himself trailing 5-0 after 12 minutes‚ and the Parisian crowd felt it could be an express washout.

In a bid to give the home fans something to shout about‚ Gasquet spurred himself into action and with a few beautiful shots reduced the gap to 5-3.

But Nadal was in no mood for a marathon and he bagged the first set on serve before putting Gasquet to the sword again at the beginning of the second and third sets‚ making sure there was no hope of a comeback amongst the Frenchman’s supporters.