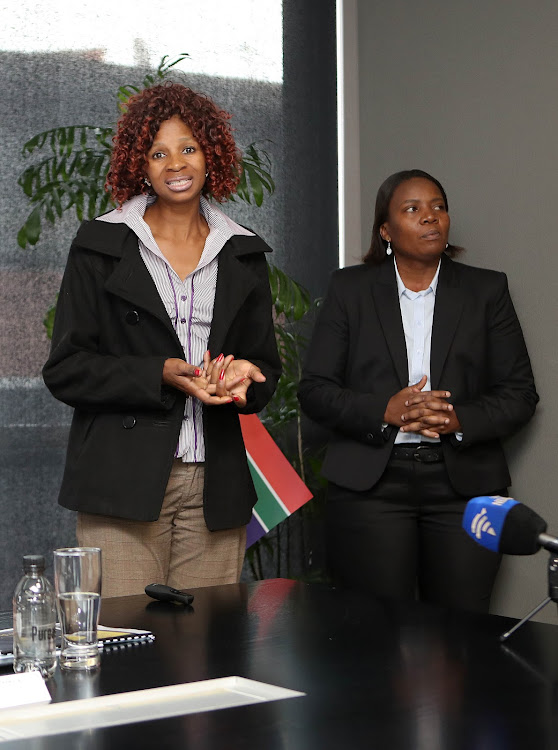 Lindiwe Mochoele‚ a volunteer tennis coach in the Pretoria township of Mamelodi for more than 10 years‚ is hopeful that a new coaching mentorship programme will boost the sport she loves.

The unemployed 50-year-old works with 45 players‚ from young kids to adults‚ at the Rethabile sports ground‚ where vandals have left the bathrooms unusable and two of the four tar courts are in a state of disrepair.

But the coach of more than 10 years beams when she talks about the potential of players‚ like her 17-year-old star Bashimane Leshaba.

Tennis South Africa (TSA) on Tuesday announced BNP Paribas would sponsor the mentorship programme that will upskill 45 coaches — black or female — in the first year starting next month.

CEO Richard Glover said the deal with the banking group was renewable on a yearly basis‚ but declined to disclose the value‚ except to say it would cover the full cost of the project‚ aimed creating more women coaches.

Men dominate in South Africa‚ making up 70% of licensed coaches.

The programme will also assist with job placements for the coaches.

Mochoele‚ who taught herself to play hitting a ball against a wall at her club‚ will be among the 2018 intake‚ of which 44% are women.

Her late mother‚ a hotel cleaner who raised her and her nine siblings as a single parent‚ had wanted her to become a ballerina.

Having decided that ballet and netball weren’t for her‚ she was drawn to tennis‚ initially because of the tight-fitting dresses and skirts worn by the ladies.

“Not the shorts‚” she says.

Mochoele became a decent club player and has since attained the basic play qualification as a coach‚ and is now looking to upgrade to the instructor level‚ the second out of four levels in South Africa.

While she loves what she does‚ she admits it’s a struggle at times‚ and often involves finding funding just to get players to tournaments‚ or simply to get new balls.

Recently vandals stole water pipes from the boys’ changing rooms‚ and broken toilet cisterns on the girls’ side‚ leaving the clubhouse unusable.

Her dream is to have one or two players get onto the professional circuit one day.

“I’m banking on Bashimane‚” she said with a laugh.

Glover pointed out that TSA was also looking at improving elite female tennis through another programme supported by investment company Wiphold.

Since joining the struggling federation 18 months ago‚ Glover has landed nine sponsorships‚ which range significantly in value‚ from six figures and up.