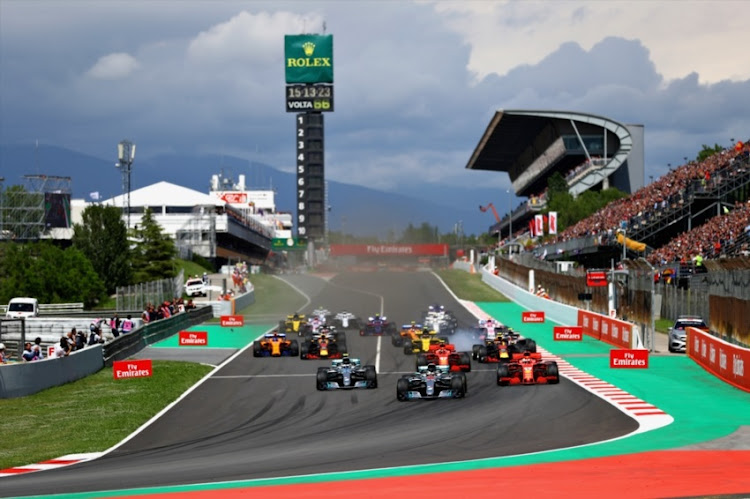 Lewis Hamilton of Great Britain driving the (44) Mercedes AMG Petronas F1 Team Mercedes WO9 leads the field at the start during the Spanish Formula One Grand Prix at Circuit de Catalunya on May 13, 2018 in Montmelo, Spain.
Image: Dan Istitene/Getty Images

Britain’s Lewis Hamilton drove his Mercedes to victory in Sunday’s Spanish Grand Prix for his second victory of the season.

The defending four-time world champion and current series leader started from pole position after a record-breaking qualifying lap on Saturday and finished ahead of teammate Valtteri Bottas, with Red Bull’s Dutch driver Max Verstappen rounding out the podium.

The race was marked by a crash on the opening lap that saw the exit of Romain Grosjean, Pierre Gasly and Nico Hulkenberg. Finland’s Kimi Raikkonen, when sitting second, also retired on lap 27 of the 66-lap race with a lack of power.