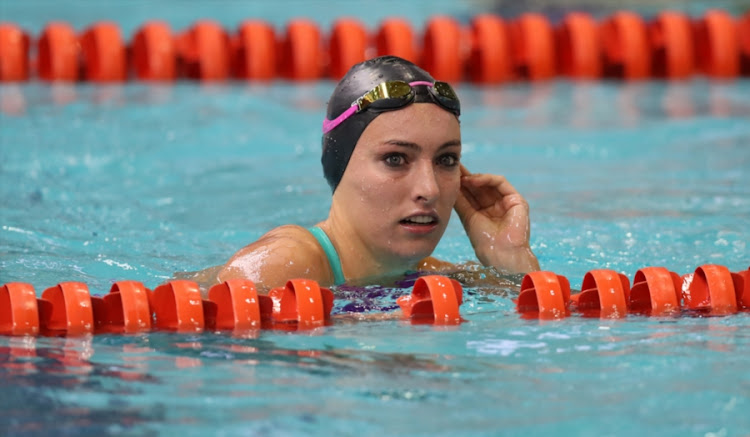 Tatjana Schoenmaker announced her bid to become the first South African female swimmer to win a Commonwealth Games medal in eight years as she scorched the 200m breaststroke heats on Saturday morning.

She won her heat by nearly two seconds‚ and was more than a second faster than the next quickest of the morning‚ Australian Taylor McKeown in 2:25.04.

Normally swimmers hold back in the morning to keep extra energy for the evening‚ but not Schoenmaker.

“I want to see what I’m capable of‚” said a beaming Schoenmaker‚ who was just shy of Suzaan van Biljoen’s 2:23.21 African record from the 2012 Olympics in London.

“I like going out hard to see what I can do. If I can do this in the heat then I’m sure I can go faster in the final.”

She will be one of three SA swimmers in medal contention‚ along with Chad Le Clos in the 200m butterfly and Cameron van der Burgh in the 100m breaststroke.

SA’s mixed relay triathlon team was unable to add to Henri Schoeman’s gold in the men’s race‚ falling out of contention early after Simone Ackermann struggled in the opening leg.

It appeared she suffered an undetected hip injury during the individual race on Thursday‚ and it manifested on Saturday.

She finished her leg‚ but SA were well out of the running by then.