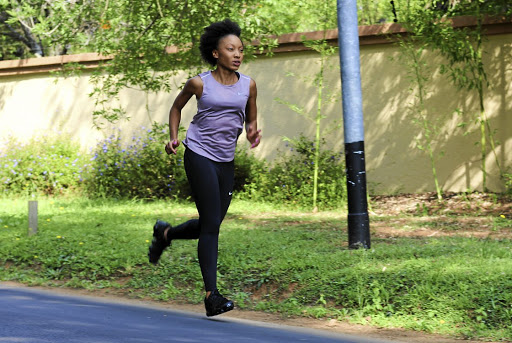 It's better late than never, and for Soweto-born runner Zanele Hlatshwayo this rings true in many ways.

It took the 33-year-old a decade to find a way to deal with the tragic loss of her
father Phillip, whom she now honours through road running. Philip committed suicide in 2008.

Since starting in January, she has raised more than R46 000 after setting up a campaign on donations-based crowd funding platform, BackaBuddy.

Her target is to raise R180 000 for South African Depression and Anxiety Group [Sadag].

And with eight out of 18 races to go, she's racing against time to reach her target.

Speaking to the Sowetan yesterday and clearly in high spirits despite her gruelling
schedule, Hlatshwayo said she was hopeful she will raise the full amount that will go a long way in helping other people, especially those dealing with mental illness.

"I'm running the Two Oceans [in Cape Town] on Saturday and that will be my 11th race.

"Running the campaign is not easy but fulfilling because someone's life might be saved," said Hlatshwayo, who runs in the colours of big social movement Fat Cats.

The video specialist for Google South Africa insisted that suicidal people should speak up and get help.

Besides the 56km Two Oceans, Hlatshwayo will also run the 93rd Comrades Marathon on June 10. Her 18th and final race will be the Washie 100 Miler in the Eastern Cape that covers a distance of 161km over 26 hours on July 27.