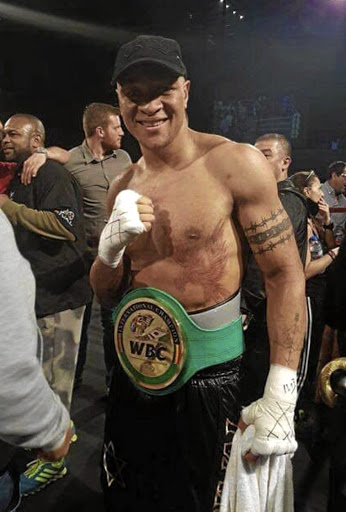 Chilemba, 30, had been inactive for a year after he broke a hand in the North American Boxing Federation title fight against Oleksandr Gvozdyk in Las Vegas in November 2016.

He made an impressive comeback, ending the reign of Caparello, who could also lose his rankings to the newly crowned champion.

The Australian, who suffered his third defeat against 26 wins and a draw, was rated No 9 by the WBC, 12th by the WBO, 13th by the WBA and 14th in the IBF rakings.

Chilemba, whose corner was manned by former six-time world champion Roy Jones jnr of the US, was rated No 9 by the WBC.

Chilemba knew what to expect from the 31-year-old Australian he assisted with sparring last July, when Caparello was preparing to fight for the WBA Oceania belt.

The win against Caparello snapped a three-fight losing streak for Chilemba.

The boxer lost a 12-round majority decision to WBC Silver champion Eleider "The Storm" Alvarez in Canada in 2015.

Despite the loss to Alvarez, Chilemba challenged WBA Super, IBF and IBO light heavyweight champion Sergey Kovalev but lost to the Russian unified champion on points in 2016.

The Malawian fighter, whose career is guided by female manager Jodi Solomon in SA, then lost to Gvozdyk.