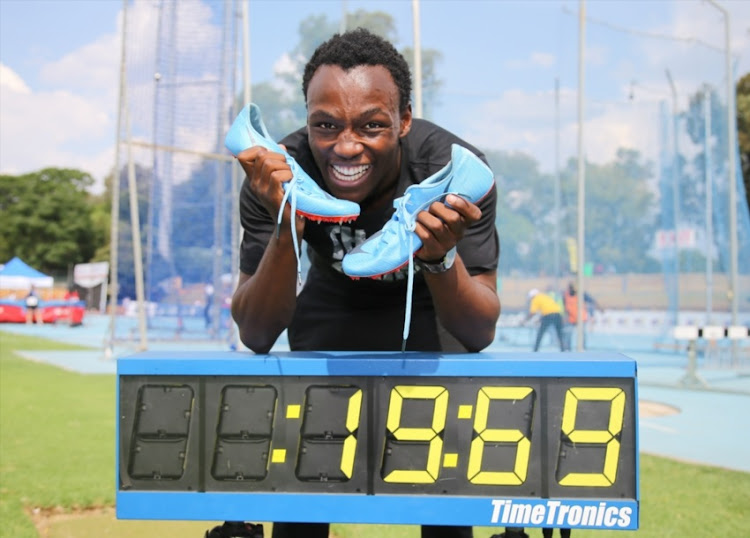 Clarence Munyai smiles broadly his spikes at the clock after he ran a new South African record of 19.69 seconds in the mens 200m during day 2 of the ASA Senior and Combined Events Track & Field Championships at Tuks Athletics Stadium on March 16, 2018 in Pretoria, South Africa.
Image: Roger Sedres/Gallo Images

Clarence Munyai rocked the Tuks stadium to its foundations as he broke Wayde van Niekerk’s 200m South African record at the national championships on Friday afternoon.

Van Niekerk‚ the defending champion in this event‚ is not competing here because of injury.