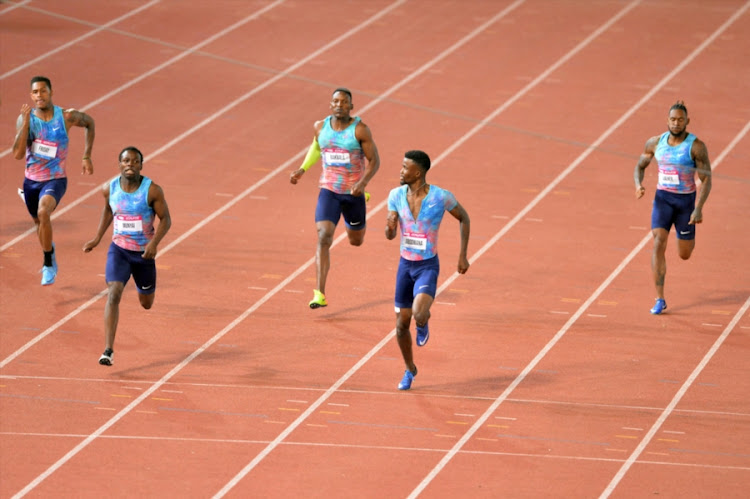 Botswana star Isaac Makwala would like to become the fourth man in the world to break 31 seconds when he races the 300m in Pretoria on Thursday.

Makwala‚ one of only five athletes on the planet to have run a sub-20-second 200m and sub-44 400m‚ will be one of the foreign stars on show at the Liquid Telecom Athletix Grand Prix meet at the Tuks track.

World 100m champion Justin Gatlin of the US is the main attraction in the 150m where he takes on Anaso Jobodwana‚ leaving Akani Simbine the out-and-out favourite for the 100m.

Two of the three sub-20/sub-43 men have been quicker than 31 seconds in the 300m — Wayde van Niekerk and American Michael Johnson. The third is Usain Bolt.

Makwala — the only man in the world to have done a sub-20/sub-44 on the same day‚ about 75 minutes apart — was a little slower when he ran the double at the opening Athletix meet in Ruimsig last Thursday.

“I did not go flat out in the 400m on Thursday because I still had the 200m a bit later in the evening‚” he said in a statement issued by organisers on Monday morning.

“But there is only the 300m for me this Thursday‚ so I feel very confident about getting close to that sub-31.”

Makwala‚ whose best over 300m is 31.44‚ will again face young Thapelo Phora‚ who was second behind him in the 400m in Ruimsig‚ and Pieter Conradie‚ who was third.

Potentially the biggest threat to Simbine‚ owner of the 9.89 SA record‚ is Gatlin’s training partner Justin Walker‚ who boasts a 10.05 best.

Simbine has been beaten only twice over 100m on home soil since 2014.

Both defeats came in 2016‚ losing to Bruintjies at the SA championships in Stellenbosch and a few months later finishing third at the African championships in Durban behind Ivorian Ben Youssef Meite and Mosito Lehata of Lesotho.

This will be Simbine’s first race of the season.

In the men’s 400m hurdles‚ Kenya’s world champion from 2015‚ Nicholas Bett will be in action against the local trio of LJ van Zyl‚ Constant Pretorius and Le Roux Hamman.

Gideon Sam versus Tubby Reddy - Sascoc board split in two

Two SA Sports Confederation and Olympic Committee (Sascoc) board members on Wednesday described how the body's executive was split into two factions.
Sport
3 years ago

Sascoc board members will take centre stage at the ongoing Zulman Commission of Inquiry.
Sport
3 years ago

Tubby Reddy‚ the former CEO of the SA Sports Confederation and Olympic Committee (Sascoc)‚ has been accused of interfering in Athletics SA (ASA)‚ ...
Sport
3 years ago

'Some Sascoc board members failed in their duties'

A veteran sports administrator on Monday said some SA Sports Confederation and Olympic Committee (Sascoc) board members had failed in their duties by ...
Sport
3 years ago
Next Article