Gideon Sam versus Tubby Reddy - Sascoc board split in two 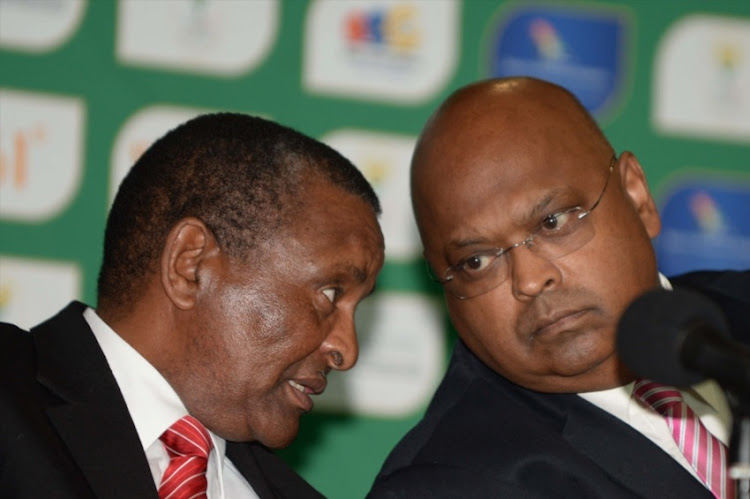 Gideon Sam and Tubby Reddy during the overview and update of the Rio 2016 Olympics Hockey Selection Policy at Olympic House on December 01, 2015 in Johannesburg.
Image: Lefty Shivambu/Gallo Images

Two SA Sports Confederation and Olympic Committee (Sascoc) board members on Wednesday described how the body's executive was split into two factions.

Merrill King told the ministerial committee of inquiry into Sascoc governance issues that Tubby Reddy‚ the former CEO who was recently fired along with CFO Vinesh Maharaj and manager Jean Kelly‚ tried to run SA sport as his own “little kingdom”.

Natalie du Toit‚ the former swimming star‚ said fights in board meetings started after the president‚ Gideon Sam‚ had not given sufficient information to executive members.

Asked about the infighting‚ Du Toit said: “There seems to be two factions … the president hasn’t shared information and the other board members will say ‘you should have shared it with us’.

"There’s quite a lot of that that happens.”

Du Toit‚ who joined the board about a year ago‚ said Sascoc’s “core business is not taken care of” because of what she called personal fighting.

It was also difficult to make decisions when votes were canvassed by round robin‚ she said‚ pointing out she was incorrectly listed as an abstention when the board was asked to vote by email on the dismissals of Reddy‚ Maharaj and Kelly.

“I had actually sent an email that I asked if they shouldn’t represent in writing‚ and apparently I abstained.

"Those types of things are happening and for me‚ as a non-legal … that was tough. I had just asked a question‚ I hadn’t actually voted.”

According to one document Du Toit was listed as one of three abstentions‚ along with two no votes and two members who didn’t reply to the email.

King was one of the other seven who voted in favour of the recommendation by an independent lawyer to fire the trio.

Asked by Dr Ali Bacher‚ one of the three committee members‚ if she had misgivings about testifying in the public hearing‚ King replied: “Not at all because I believe the truth has to come out and somebody cannot just run the sport in this country as if it’s his own little kingdom.

“For so many years we’ve tried to have a voice against what’s going on and things just get swept under the carpet or fobbed off or people are factionalised or your voice is just marginalised.”

Bacher: “What you are saying to me is the previous CEO [Reddy] was culpable‚ correct?”

Asked the same about the president‚ she said she couldn’t answer.

“How much is a president accountable when somebody else underneath you is telling you the answers to the questions‚ but maybe they’re not right?”

King said there were times when Reddy would omit certain items from the minutes of board meetings.

“Over the years I’ve sent many letters back to him to say this issue wasn’t included‚ which I knew because it was a contentious issue‚ or an issue about money‚ or funds‚ and I’d say 'why’s this not in the minutes?'

"And he’d say ‘oh no that was just a discussion’ so I said ‘well‚ I’d like it minuted’.

“I even had to write to our president and say please can we rather have a scribe or an external scribe so we can get a true reflection of the meeting.”

King said she found Reddy’s readiness for legal action problematic‚ saying it would have been better sit to down with offending federations and sort out issues.

“Why do you have to‚ if they don’t agree with the way you want things done‚ slap a lawsuit on them‚ or you put them under administration in five seconds?

“Why can it not be dealt with before hand because of this eye-wateringly amount of money that is spent on legal fees?”