'I regret Chiefs not being able to score' 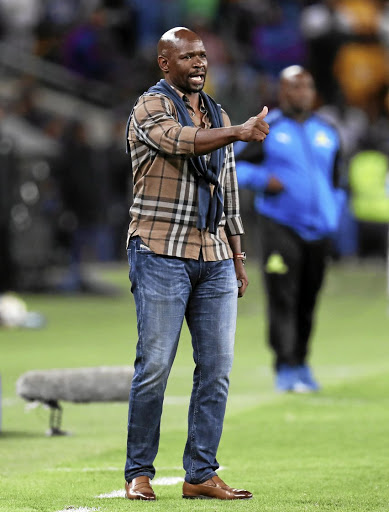 There are 11 matches remaining.

"From my side, it's a regret [rather] than a disappointment looking at the outcome of the match, with respect to the opponent," Komphela said.

"If you feel so disappointed, it means the man [Pitso Mosimane] standing against you might not have had the qualities of drawing against you. So they are a good side and that we got three points in the first round [in Pretoria], and now we just got one, this is football.

"We would have loved to win it and did we have chances? Yes, we did. . I think for players as well, they did very well and they tried their utmost.

"They did create chances, but it's just that we couldn't score," Komphela said.

To be fair, Chiefs have improved in recent matches. Since the turn of the new year, they have won two and drawn two, including the goalless stalemate against Sundowns.

In fact, they've now gone six matches without defeat, which could help their title ambitions.

"We are still stuck where we were before the match started. The difference is still the same, but the two of us [himself and Mosimane] will have to go our separate ways to search for points," he said.

Next up for Chiefs will be a short trip to Bidvest Wits on Saturday.