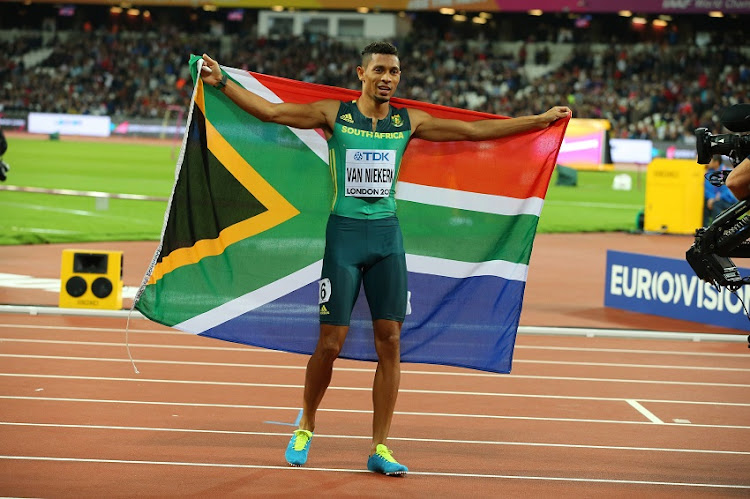 As 2017 nears the end‚ we take a look at some of the key moments in sports over the past 12 months.

January 24: Bernie Ecclestone is deposed in an F1 takeover by Liberty.

February 4: A swarm of bees at the Wanderers delays the third ODI between Sri Lanka and South Africa‚ who won by ease.

February 15: Ghanaian footballer Asamoah Gyan is among a group of more than 40 players deemed to have “unethical hair" under United Arab Emirates Football Association guidelines.

The 31-year-old is on loan at Dubai-based Arabian Gulf League side Al Ahli from Shanghai SIPG.

February 20: Former All Blacks flyhalf Dan Carter loses his Land Rover sponsorship after being caught driving in Paris under the influence.

March 10: A fire alarm in the main grandstand at Dunedin's University Oval forces the evacuation of the entire ground in the first cricket test between New Zealand and South Africa.

March 13: Durban loses the Commonwealth Games‚ which the city had been awarded.

March 18: A rugby test last 100 minutes‚ instead of the regulation 80 when France beat Wales 20-18 after the game went into 20 minutes overtime‚ with France scoring a try during that time.

April 1: Moroka Swallows‚ one the mighty Dube Birds and one of the big three Soweto giants‚ lose 2-1 to Orange Vaal Professionals in the Motsepe League‚ ensuring their relegation to the even lower SAB League.

April 2: Lexi Thompson is denied victory in the ANA Inspiration‚ one of women’s golf’s five majors‚ because a TV viewer noticed that she had replaced her ball on the wrong spot.

April 23: Fast bowler Lonwabo Tsotsobe‚ 33‚ is suspended by Cricket South Africa (CSA) of breaches of its anti-corruption code relating in the 2015 T20 series. He is later banned for eight years.

May 21: Shane Warne claims a painting of him‚ done by Fanny Rush‚ has been taken down at Lord’s because his balls were too big‚ but an MCC spokesman said there was no truth to it.

May 25: Wayne Rooney is dropped from England football team.

June 11: South Africa cricketers again fail in an ICC tournament‚ losing to India in a match at the Oval in London.

July 2: Bafana lose 1-0 to Tanzania in the Cosafa Cup.

July 4: Britain's Mark Cavendish pulls out of the Tour de France after breaking his right shoulder in a crash.

July 18: A “clerical error”on his visa leads to Chiefs rugby player Alex Nankivell having to fly home without being allowed into South Africa.

July 30: England beat South Africa by 239 runs at the Oval to take a 2-1 lead in the cricket test series.

August 2: Kjell Jonevret quits as Orlando Pirates coach after less than six months in charge. He won only six out of 18 games and he is replaced by the Serb Milutin Sredojevich.

August 5: Usain Bolt loses his last 100m race in the sprint final at the world championships in London. The race is won by Justin Gatlin‚ followed by Christian Coleman with Bolt third.

August 11: Iran bans footballer Masoud Shojaei‚ 33‚ the captain of the national team‚ and Ehsan Hajisafi‚ 27‚ from the national team for life for playing against Israel's Maccabi Tel Aviv for their Greek club side‚ Panionios in the Europa League.

August 12: Jamaica finish last in the men’s 4x100m relay at the world championships after Usain Bolt‚ in his last race‚ pulls up with an injury.

August 13: Another athletics legend‚ Mo Farah‚ ends up short in his final race‚ beaten for gold in the world 5 000m.

August 18: Jockey Davy Russell‚ 38‚ punches a horse on the back of the head before a mares' handicap hurdle at Tramore race track in Ireland. He was given a four day ban.

September 16: The All Blacks beat the Springboks 57-0 in North Harbour‚ the Boks’s heaviest defeat in history.

September 28: Was he sacked or did he quit? Cricket South Africa (CSA) confirm that chief executive Haroon Lorgat have “parted ways”.

October 1: Barcelona's match in the Spanish league against Las Palmas‚ a 3-0 win‚ is played behind closed doors at the Camp Nou after violent clashes in the city during the unofficial Catalan independence referendum vote.

October 9: South Africa’s so-called Global T20 league is postponed until November… if ever. It was reported that the first five years of the competition would have been run at a loss.

Octobert 31: Wayde van Niekerk is ruled out of the Commonwealth Games in Australia in April 2018 because of a rugby injury.

November 10: Bafana lose 2-0 to Senegal in a World Cup qualifier that was ordered to be replayed after South Africa won the earlier encounter but the referee was declared a crook.

November 11: Ireland beat Springboks 38-3 in Dublin‚ the Irish’s biggest win over the Boks.

November 15: South Africa lose out to France to stage the 2023 Rugby World Cup.

December 2: The Springboks lose 24-22 to Wales in Cardiff‚ having trailed 14-0 at one stage in the first half. Allister Coetzee’s two years as coach shows a winning percentage of 44% from 25 tests.

December 3: The third cricket test between India and Sri Lanka in Delhi is disrupted by pollution.

December 5: The IOC bans Russia from competing at next year's Winter Olympics in Pyeongchang.

December 10: The Blitz Boks lose in the semi-finals of the Cape Town sevens to the All Blacks‚ who go on to beat Argentina in the final. A full house watched the Boks.

We remember sport stars who left us in 2017

Sport lost some of its greats in 2017‚ Colin Meads and Joost van der Westhuizen of rugby fame and Jake LaMotta‚ the boxer whose character was ...
Sport
3 years ago

As 2017 nears the end‚ we take a look at some of the moments that captivated sports fans allover the world over the past 12 months.
Sport
3 years ago

Stormers lock down key players until 2019

Although there is still some conjecture about the financial health of Western Province Rugby (WPR)‚ the professional arm of the sport‚ the union has ...
Sport
3 years ago

Luvo Manyonga was the biggest winner at the SA Sport Awards last night.
Sport
3 years ago
Next Article