Can a local claim Soweto Marathon? 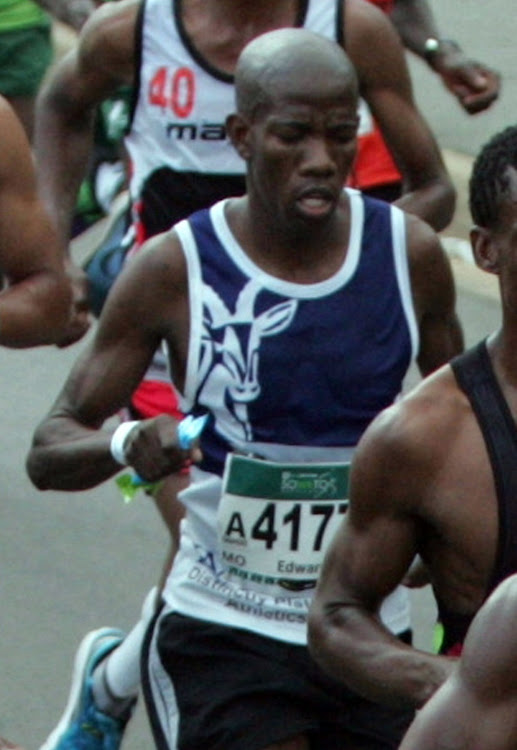 Can South African stars challenge the dominant Ethiopians at the Old Mutual Soweto Marathon on Sunday?

This question has popped up again, prompted by the one-sided nature of the last four editions of the popular township race.

"Our guys must sit with them and not allow them to push from the back, that's how best to beat the Ethiopians," warned Michael Papi Mazibuko, the last South African to win the Soweto race in 2011.

"They [foreign contingent] don't care about fast times, they run for the big prize money."

Mazibuko, however, will miss Sunday's 42km race - which carries a R22 0000 first prize purse - as he is still recovering from running the Cape Town Marathon in September.

Edward Mothibi - SA's first man home in Soweto last year - came close to upsetting the odds but cramps dealt him a blow after the 30km-mark when he was on the trail of eventual winner Sintayehu Yinesu. The 27-year-old Ethiopian leads the elite group of the Nedbank Running Club for Sunday's race.

Sintayehu has won the last three editions since the popular race returned in 2014 after it was not staged a year earlier.

A runners village will be set up in Soweto to give 600 underprivileged athletes the opportunity to experience the Old Mutual Soweto Marathon, without ...
Sport
4 years ago

Mothibi, from Rustenburg in North West, will also run in Nedban colours and promises to do better than his seventh place finish last year.

"I am in good shape. I have put in more mileage and I have done more training on the hills," Mothibi said yesterday after he collected his race number at FNB Stadium.

Although veteran marathon runner Hendrick Ramaala sees potential in some locals, he still believes Ethiopia, Lesotho and Kenyan athletes will dominate the top 10 on Sunday. Ramaala, who is a race commentator these days, has competed with the best on the international marathon circuit, including his well-
documented rivalry with the Ethiopians and Kenyans over the 42km.

"Basotho like hilly courses and so do the east Africans, who train at altitude and hills," said Ramaala, a runner-up in the Masters category at the Cape Town Marathon two months ago.

"Most of our guys are disadvantaged when it comes to marathons.

"Some juggle day jobs with training, while the Ethiopians and Kenyans spend months in training camps - that's 100% commitment."

He pitted his charge Xolisa Tyali as another local who can give the Ethiopians a run for their money.

Meanwhile, Irvette van Zyl is the country's hope in the 42km to challenge defending champion Selam Alebachew of Ethiopia.

Rene Kalmer's victory at the 2009 edition is the last by a local woman. SA's dominance has mostly been in the half marathon and the 10km.