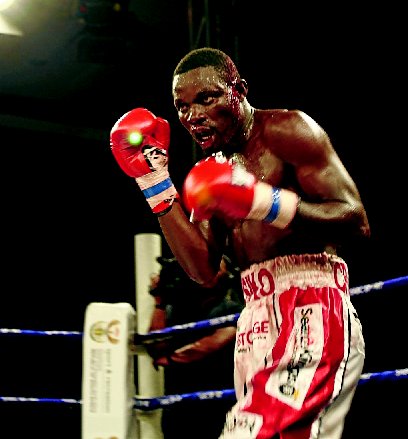 Dethroned IBF intercontinental welterweight champion Tsiko "Cruel Junior" Mulovhedzi has blamed the lack of preparation for his failure to make the weight limit for his fight last week.

He forfeited his belt on the scale after weighing in at 71.22kg. The limit is 66.68kg. Mulovhedzi was 60 grams heavier during the second weigh-in on Friday morning, which means he was almost 7kg heavier than Laszlo Toth from Hungary, who registered 65.86kg.

The fight went ahead but the title was at stake only for Toth.

It's win or bust for Mthalane, Mulovhedzi

Boxing careers of Moruti "Baby Face" Mthalane and Tsiko "Cruel Junior" Mulovhedzi could either bloom or wither this weekend.Mthalane will oppose ...
Sport
4 years ago

Mulovhedzi ran out of gas as early as the third round, on his way to a points defeat .

"I got the fight in two weeks and that time was not enough for me to prepare.

"I only took the fight because I was going to be stripped this month, and also boxing helps me to put food on the table. I am still going ahead with boxing."

The boxer said trouble started when he forfeited his IBO belt in the boardrooms in August because his promoter Ayanda Matiti could not get him to defend during the specified period of 90 days.

"He said he no longer wanted to work with the IBO but his other boxer Gideon Buthelezi still holds the IBO [junior bantam] belt," said Mulovhedzi, who won the IBF title in April this year.