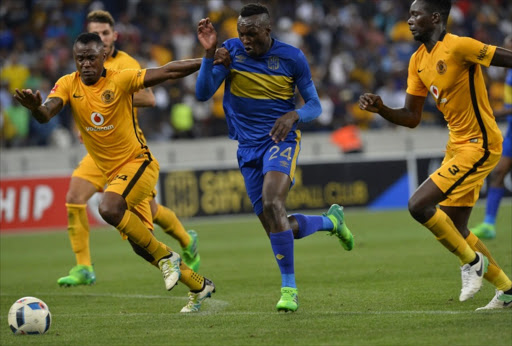 Kaizer Chiefs legend Tinashe Nengomasha has urged Teenage Hadebe to not only do well for himself at Amakhosi but also for fellow Zimbabweans who aspire to play for the Glamour Boys.

The club’s announcement of signing the 21-year-old centreback was met with scepticism by Chiefs’ fans as a number of Hadebe’s countrymen – from Ovidy Karuru to Michelle Katsvairo and Edmore Chirambadare – have failed to shine at Chiefs lately.

“It’s a big responsibility for him because there are some boys who have come from Zimbabwe and didn’t set the stage alight‚” Nengomasha‚ who serves as the ambassador for the Best Brew League – Castle’s 5-aside tournament‚ said.

“He must understand the situation he is in.

“He also has to redeem things for us and pave the way for youngsters back home who aspire to play for Chiefs.

“If he does well‚ Chiefs will believe that we still have the quality.

“If you look in the past‚ you have a number of players who came from Zimbabwe and shined at Chiefs.

“You can go as far back as the days of Mike Maringa‚ Robson Muchichwa and (Ebson) Sugar Muguyo.

“When I started at Chiefs‚ I was told about Muguyo by most people in the club. Teenage must carry that responsibility of raising Zimbabwe’s flag.”

The irony in the outcry of Chiefs signing another Zimbabwean is that Hadebe is the club’s best buy so far.

The lanky centreback‚ who stands at almost 2m‚ is comfortable with the ball at his feet and is strong aerially. He also scores.

Hadebe could be the perfect replacement for Tefu Mashamaite.

But he has to first get over the stigma that Zimbabweans have when they join Chiefs‚ of being seen as part of “a buy one get one free bargain“.

“I am someone who has a different belief‚ negativity always inspires me‚” Nengomasha said.

“If someone says something negative‚ I want to go out there and prove a point.

“Okay‚ you can go out there buy one and get another one for free because of me.

“I am the one who is making them buy one and get one free because I am doing well.

“At the end of the day‚ Teenage mustn’t take the negativity to heart.

“He needs to show to these people that he is worth it.

“The team has invested in his talent. I know him very well. He is a good player. But at the end of the day this is Kaizer Chiefs that he has joined.

“He must stamp his authority and make sure that he contributes towards the team’s effort to reclaim the glory.”

* Njabulo Ngidi was in Rustenburg courtesy of Castle