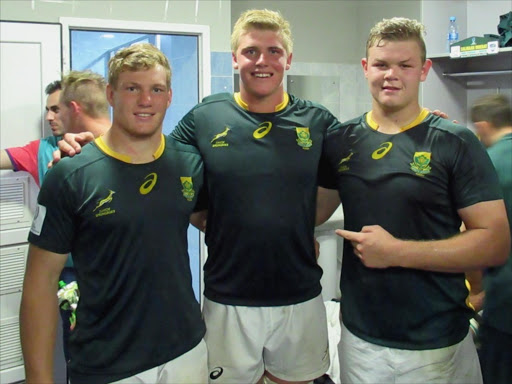 Cape Town – The Junior Springboks will have to raise their game another notch when they tale on defending World Rugby Under-20 champions England in the semi-final of this year’s tournament in Tbilisi on Tuesday.

South Africa will face a repeat of last year’s semi when they were thrashed 39-17 by England in Manchester.

But last year the Junior Boks lost twice to Argentina and gained revenge with a 72-14 win in their final pool match last Thursday. They are definitely a more balanced and effective team than they were 12 months ago.

England laboured to a narrow one-point win over Australia in their final Pool match, to book the last semi-final berth, but have good pedigree at this level after winning two of the last three editions of the tournament.

“As a team we are in a good mental space and we’ve built up nicely in the first three games,” said captain Ernst van Rhyn.

“But England are the defending champions and they are a great team again this year, so we will have to work hard and ensure that we are at the top of our game to win the semi-final. All we can do now is to prepare as well as possible, and come Tuesday, to give our best.”

Asked what he hoped to see from this team in the semi-final, the former SA Schools captain and 2016 SA U20 vice-captain said: “We showed a lot of character in the pool stages of the tournament, and I would like to see the guys build on that and to remember what we stand for as a team. I cannot ask more than for each player and the management team to give their best.”

Junior Springbok coach Chean Roux will announce his match-23 to face England at the M. Meskhi Stadium on Monday.

The match will kick off at 16h00 (SA time) and will be broadcast live on SuperSport 1 (Channel 201). New Zealand will face France in the second semi-final, which starts at 18h30 (SA time).- TMG Sport