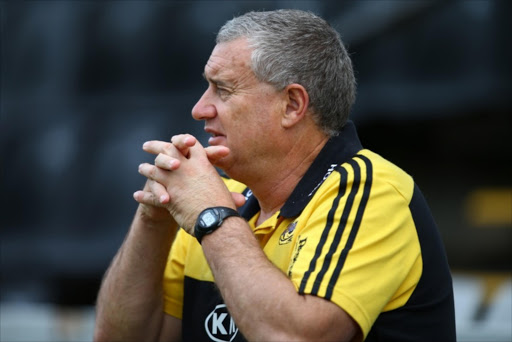 Securing top spot in their conference may no longer rest in their hands‚ but the Hurricanes may yet prove kingmakers in this season's Super Rugby competition.

They can‚ however‚ still deny the Crusaders top spot on the overall log if they beat them in the last league match‚ providing the Lions beat the Sunwolves and the Sharks in their remaining matches.

The Lions will be desperate not to have to travel should they reach the final‚ but to earn that right they need to leapfrog the Crusaders who lead them by three points.

The Hurricanes‚ meanwhile‚ are holding on to slim hope of repeating the Houdini Act which saw them come from nowhere to top the table last year.

The Lions did open the door by playing a weakened team in Buenos Aires but to be fair the Hurricanes won eight matches in a row at the tail end of the competition en route to the title.

“We have lost control of that‚” Hurricanes coach Chris Boyd said of his team's prospects of topping the New Zealand conference.

“If the Crusaders beat the Highlanders next week it doesn't matter what happens they'll be on top of our pool.

"We've got to deal with the Force and Chiefs before we have that long break before we play the Crusaders.

“We are probably one or two weeks away from some tactical manoeuvering and positioning in the log. A lot though hinges on the game between the Highlanders and the Crusaders.”

Given their remarkable surge to the title last year Boyd was asked to gaze into the crystal ball.

“Irrespective how many points you get in your conference‚ you only get a home quarter-final if you top your conference. The two in South Africa are most likely to be the Lions and the Stormers and I think the wild card looks like it might be the Sharks.

"That will be a repeat of the game play in the last round (of the league stages). There may be some tactical stuff going around that as well. There is a lot of water to go under the bridge.”

For Lions coach Johan Ackermann the key is recapturing the magic that has seen them win 10 games on the trot when they resume hostilities in July against the Sunwolves and the Sharks.

“It's about keeping momentum and managing the break well. We still control our own path. Hopefully we resume with same energy and passion and I hope the players come back injury free.

"The All Black players I suppose will have the same thing. It would have been nice to just keep on playing.

“Last year we were able to play some of our better rugby after the break and hopefully we can do so again‚” said Ackermann about their victories over the Crusaders and the Highlanders before losing the final away to the Hurricanes. - TMG Digital/TMG Sport