'Mthalane among best in big four' 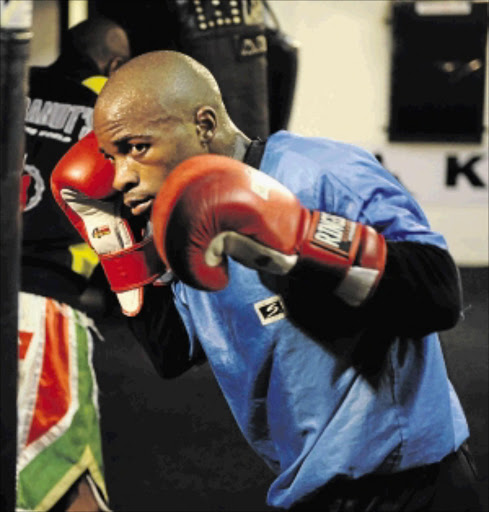 Genesis Libranza's trainer Raides Neri said he was surprised that formidable IBO flyweight champion Moruti Mthalane is not rated by the WBC, WBA, IBF and WBO.

The Filipino, who is strength conditioner for eight-division world champion Manny Pacquiao, was reacting to the manner in which Mthalane pulverised his charge Libranza into submission in four rounds last week.

"Mthalane should be up there among the best in the big four. He is a super champion," Neri said.

It could be that the former IBF flyweight undefeated champion holds the IBO strap. Some of the big four do not warm up towards IBO and WBF champions.

Neri said his 24-year-old boxer - who tasted defeat after 11 straight wins - was no pushover but Mthalane's superiority was just too much for him.

"He throws punches relentlessly and he hits hard," he said. Mthalane's left hook to the short-rib sent Libranza sagging down and he was counted out by referee Tony Nyangiwe.

The 34-year-old veteran dedicated his victory to his late trainer Nick Durandt whose son Damian presented the belt to the champion.