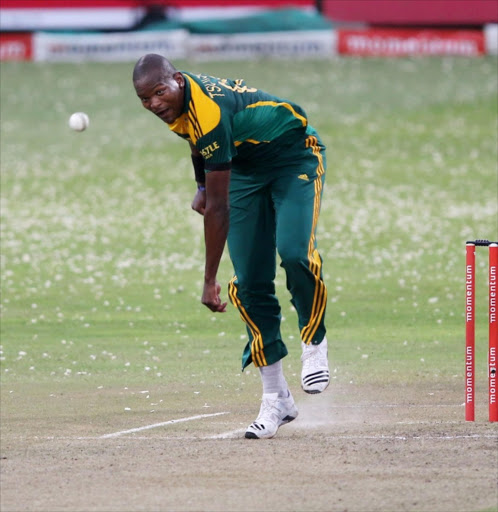 Lonwabo Tsotsobe has become the seventh player to be charged in the match-fixing scandal that tainted the 2015 edition of Cricket South Africa’s (CSA) franchise T20 competition.

CSA said in a statement on Monday that the left-arm seamer had been charged with “among other offences”:
“Seeking to accept‚ accepting or agreeing to accept a bribe or reward to fix or contrive to fix or influence improperly a match or matches;

“Failing to disclose the receipt of a gift or payment that he knew or ought to have known was given to him to procure a breach of the code (of conduct) or that was made in circumstances that could bring him or the sport of cricket into disrepute;” and‚

“Failing to disclose to the designated anti-corruption official (without unnecessary delay) full details of any approaches or invitations to engage in corrupt conduct”.

Tsotsobe‚ who has denied his involvement in the saga in the past‚ could not be reached for comment on Monday.

Tsotsobe's charging follows a similar pattern to CSA’s handling of Gulam Bodi‚ Jean Symes‚ Pumi Matshikwe‚ Ethy Mbhalati‚ Thami Tsolekile and Alviro Petersen - who were found guilty of similar offences and banned from all aspects of the game for between 20 and seven years.

He became the No. 1 ranked ODI bowler in the world in March 2012 and held the position until September that year.

Tsotsobe was last in action in a T20 for the Lions in Benoni in December 2015. - TMG Digital/TMG Sport