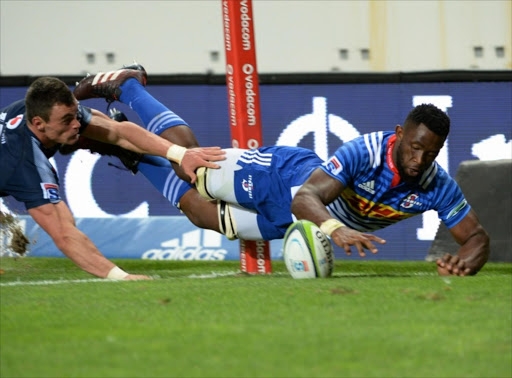 The Springbok flanker dotted down on 50 minutes after a spectacular dive in the corner as the Stormers confirmed their dominance over the Bulls in Cape Town.

It was the sixth consecutive home victory by the Stormers over the Pretoria outfit in the competition.

Great scrumming played a crucial role as the home team scored three first-half tries to build a 24-0 half-time lead in the first round fixture.

The rattled Bulls, also playing under a new skipper in fly-half Handre Pollard, performed much better in the second half.

A Hanro Liebenberg try closed the gap to 15 points with 18 minutes left, but the Stormers hit back through a try by Dillyn Leyds soon after.

“I am happy with the way we played and it was a great start to the season. We were pretty sharp at times,” said Kolisi.

“There is huge competition between young and older players in the squad for matchday places and that is a very healthy situation.” Pollard, back in action after missing all of last season through injury, said the Bulls contributed to their downfall.

“We put ourselves under pressure with silly mistakes and the Stormers were very clinical in taking advantage.” SP Marais, Cheslin Kolbe, Nizaam Carr, Kolisi and Leyds scored a try each for the Stormers and Jean-Luc du Plessis kicked three conversions and two penalties.

Liebenberg (2), Pierre Schoeman and Piet van Zyl were the Bulls’ try scorers and Pollard and Tian Schoeman kicked a conversion each.