There are no rifts or in-fighting at Orlando Pirates: Happy Jele 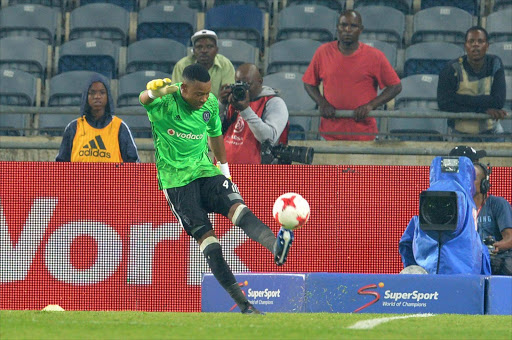 Happy Jele step in as goalkeeper during the Absa Premiership match between Orlando Pirates and Bidvest Wits at Orlando Stadium on February 15, 2017 in Johannesburg, South Africa. (Photo by Lefty Shivambu/Gallo Images)

Orlando Pirates’ veteran defender Happy Jele denied speculation of a rift in the squad with an emphatic statement of unity despite the club losing again on Wednesday night.

Jele said reports about in-fighting between the players were false.

“There is nothing like that going on‚” he asserted after Pirates slipped to yet another Absa Premiership defeat‚ beaten 2-1 by Bidvest Wits at home at Orlando Stadium on Wednesday.

“We are united and we have been working harder each and every day. We don’t know about any division because we are united as a team.”

Jele said club chairman Irvin Khoza had told the ssquad on the eve of the game to keep their heads up after last weekend’s record-breaking 6-0 drubbing by Mamelodi Sundowns‚ which precipitated a crowd invasion and ugly riotous scenes at Loftus Versfeld.

“Every big club has moments of transition and loses games is what he told us‚” Jele added.

Pirates have not won in their last eight games and slipped down to 10th place in the Premier Soccer League standings.

Pirates will have a new coach on Monday and Jele said players were looking for a new beginning.

“When the new coach comes we need to support him. But at Pirates there is always competition for places whether we have a new coach or not‚” the player said.