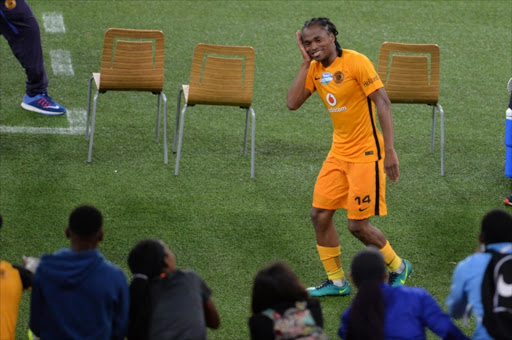 After early season turbulence that had their multitudes of fans panicking, Kazier Chiefs are now in cruise mode and genuine contenders for the Absa Premiership title.

On Saturday night, Steve Komphela’s men moved to second spot on the log after a hard fought 2-1 win over Maritzburg United at the Harry Gwala Stadium in Pietermaritzburg to put pressure on pacesetters Cape Town City.

Chief’s recent four wins from as many matches has seen them move from fourth position to second and they are within one point of current logleaders Cape Town City who have accumulated 31 points from 17 matches.

As a result of Saturday’s victory, Amakhosi have amassed 30 points to overtake SuperSport United and Bidvest Wits who have also been impressive and consistent in the campaign so far.

Chief have an opportunity to increase their lead in the coming two matches as they have relatively negotiable dates with struggling Highlands Park in Durban and Ajax Cape Town in the Mother City where they highly fancy their chances.

Then, at the beginning of next month they will turn their attention to the Soweto derby against traditional rivals Orlando Pirates at FNB Stadium on 4 March.

On the other hand, Maritzburg, who lost their five match unbeaten streak, have a trip to SuperSport United, a visit by Free State Stars and the KwaZulu Natal against Golden Arrows at Princess Magogo Stadium on 4 March next three matches include.

Chiefs opened the scoring five minutes after the break from the header Katsande, who registered his fourth of the season, and his second on a row from a free-kick that was taken by George Maluleka.

Before the opened the scoring, Amakhosi have had their fair share of chances where they were denied the solid United defence which did not want to disappoint in front of a packed home crowd.

Shortly after the opener, United nearly equalized through Bandile Shandu whose close range shot flew over the cross-bar from close range after he received a pass from Deolin Mekoa.

On the other side of the field, defender Ramahlwe Mphahlele’s header went just wide of the target from a well-taken free kick by veteran midfielder Siphiwe Tshabalala outside the box.

United pulled a goal back from the boot of Mohau Mokate in the 73rd minute, who registered his third of the season, after took time to pick a spot and beat Chiefs goalkeeper Itumeleng Khune from close range after he received the ball from Mekoa.

Mokate’s goal looked like it would settle matters but veteran and dependable Tshabalala rose to the challenge ten minutes from time to hit what turned out to be the winner from a well taken cross from the right wing by Mphahlele.

The match was delayed for almost 30 minutes due persistent to downpour but the pitch was not waterlogged as players managed to play their normal game.