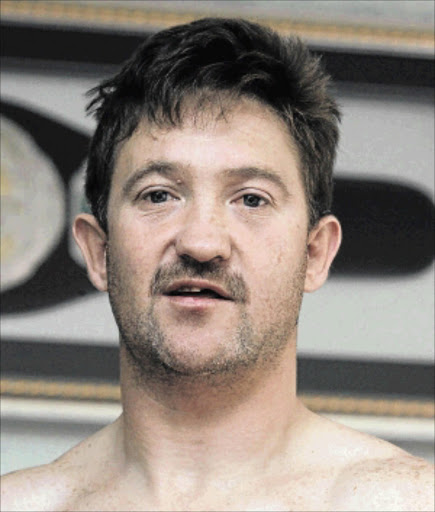 Even the most reckless gambler would have been reluctant to put money on Andre Thysse walking away with the Promoter of the Year award at Boxing SA’s gala awards ceremony at the ICC Hall in Durban on Friday night.

The 47-year-old Thysse — a former SA and Commonwealth super middleweight champion — was‚ after all‚ up against East London’s Ayanda Matiti and Mthatha’s Mbali “Don Queen” Zantsi.

Matiti‚ the overwhelming favourite‚ was expected to simply show up and claim the trophy and Thysse was supposed to take his place inside the ICC Hall‚ politely applaud when the winner was announced and dutifully play his role as the gracious loser.

But things didn’t go according to the expected script and even Thysse himself was stunned when he was announced as the winner.

“I never saw myself winning this trophy‚ especially when I was contesting it against Matiti and Mbali Zantsi‚” said Thysse.

“The mere nomination last year was enough of a shock to me.

“Gratitude to Sports Minister Fikile Mbalula and to the board of Boxing SA for bringing back the awards. Thank you South Africa.”

Perhaps Thysse’s crowning glory on Friday night was fitting as his nomination itself added a new chapter to the South African boxing history books last year.

Thysse and his son Brendan became the first father and son to be nominated in the same year in the 68-year existence of the awards when the nominees were announced.

The 24-year-old Brendan was nominated in the Prospect of the Year category and was up against ABU welterweight champion Thulani “Tulz” Mbenge from Mdantsane‚ and SA and WBC Youth Silver featherweight titlist Azinga “Golden Boy” Fuzile from Duncan Village.

Fuzile walked away with the award.

The 26 year-old Ndongeni is limited skilfully as a fighter but his will to fight has won him fans and he is able to single-handedly fill up boxing venues to capacity.

In the female section‚ Bukiwe “Anaconda” Nonina was deservedly voted female boxer of the year.

She defended her SA bantamweight belt five times and ultimately claimed the ownership of BSA’s belt.

Nonina remains the only female SA champion to achieve that feat since women began boxing professionally in 2006.

Male fight of the year: Hekkie Budler vs Simpiwe Konkco

Knockout of the year: Zolani Tete’s eighth round KO of Paul Butler