Jonty Rhodes in talks with Bangladesh over fielding consultant job 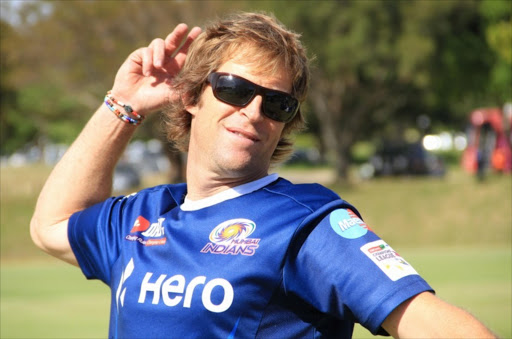 Former Proteas batsman Jonty Rhodes is in negotiations with Bangladesh Cricket Board (BCB) to become their fielding consultant.

BCB president Nazmul Hassan Papon confirmed this week that they have made contact with the South African fielding extraordinaire who represented the Proteas with distinction in 52 Tests and in 242 ODIs between 1992 and 2003.

“We have contacted him and currently in talks with him.

"He has shown interest in the position‚” Papon told reporters.

The 47-year old Rhodes is currently the fielding coach of Mumbai Indians in the lucrative Indian Premier League (IPL).

The latest developments from the BCB comes after Bangladesh’s poor tour of New Zealand where they lost all their eight matches‚ including three ODIs‚ three T20Is and two Tests.

As the negotiations are still at an early stage‚ the period of the coaching tenure has not been determined.

Bangladesh struggled in the fielding department against New Zealand‚ their catching was very poor and they were guilty of dropping five chances in New Zealand’s first innings in the second Test at Christchurch.

The current Bangladesh side is coached by former Sri Lankan all-rounder Chandika Haturasingha and Rhodes’ contribution on the field could go a long way in helping them as he has a proven record as a fielding coach.

Bangladesh will play against India in a once-off Test match in Hyderabad early next month and they have a triangular series involving Ireland and New Zealand in May before heading to the ICC Champions Trophy. - TMG Digital