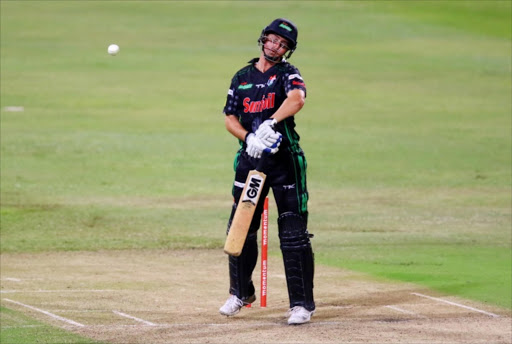 Dolphins batsman‚ wicketkeeper and spin bowler Daryn Smit has announced that he will retire at the end of the season to return to English county club Ramsbottom in the Lancashire league later in the year.

The 32-year old Smit‚ who represented the Dolphins for 14 years and also served as captain‚ is fondly known as 'Daryn of all trades' because of his versatility as a right-handed batsman‚ spin bowler and wicketkeeper.

“I have enjoyed a long and committed career with the Dolphins and never seriously considered playing franchise cricket anywhere else other than in Durban and for this team‚" he said.

"I am grateful for the opportunities I was given here and have thoroughly enjoyed my time at the franchise.

"I will see out the rest of my contract with the Dolphins and be committed‚ as always‚ to contributing whatever I can in the remaining matches of the season.

"I am proud of my 14-year career and I have never been motivated by money and in these modern times it’s quite rare for a cricketer to remain with one team for so long.

"I have seen many players come and go and have forged some lasting friendships with team mates and other people through cricket.

“I am stepping down and leaving Kingsmead with many good memories and with a smile on my face‚ which is important for a player to do whenever possible.

"I would like to thank the Dolphins and KZN Cricket Union‚ especially my team mates‚ the coaching and support staff and those administrators who have been closely involved with the team.”

His highlights at Dolphins includes winning the Ram Slam T20 tournament during the 2013/2014 season‚ representing the SA Under-19s‚ the emerging players’ team‚ the South African A sides and being selected for the 2009 T20 World Cup provisional squad.

His strong glove work and steady leg-spin bowling always offered the Dolphins a variety of options and his commitment to the side in all formats of the game could never be faulted.

“Yusuf Wariyawa and Delta Cricket Club‚ will always hold a special place in my heart for helping me to get where I am today.

"I also thank Gunn and Moore‚ Anne Vilas and Opal Sports‚ who have stuck by me and been my equipment sponsors throughout my professional career.

"My wife Sarah and I are looking forward to exciting new times in the UK and I hope to continue to play for my club Ramsbottom in the Lancashire League.

"At 32 I still have a lot to give to the club‚ so this is by no means the end of my playing career.”

Smit said cricket was more than just a game and there are so many memories that he holds dear to his heart on and off the field.

“Definitely something that cricket has afforded me over the last 15 years was an opportunity to travel‚ to see different countries‚ meet different people and experience the world‚ and that is something I would have probably never achieved had I worked an ordinary office job.” - TMG Digital