Where have all the coloured boxers gone? 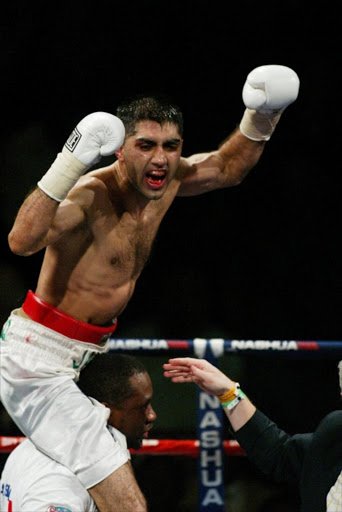 Jan Bergman used to literally take his fists to knife fights when he was growing up in the tough streets of Toekomsrus‚ a township on Gauteng’s West Rand.

The now 47 years old former WBU welterweight champion’s skills were partly honed against bullies and knife-wielding thugs who robbed people in the streets.

His strict father would send him back to face his tormentors when he came home without his money and other belongings.

Bergman - who hung up his boxing gloves six years ago and is now a trainer - is a frustrated man these days and is dealing with a challenge more daunting than his scraps with thugs in the streets.

The former world champion is worried that the sport that helped make him and many other boxers household names is dying a slow death in South Africa‚ especially in the coloured community.

Such is the dearth of coloured boxers that IBO junior lightweight holder Malcom Klassen and little-known prospects Joshua Studdard from Sofiatown and Ronald Malindi from Brixton are only representatives of the community in the South African boxing fraternity.

Bergman said this is the strongest sign that there is hardly any interest in the sport these days.

‘‘There are no gyms where I come from‚ so how do you expect youngsters to join?” asked Bergman.

‘‘I am in discussion with a councillor to see how best can they help us.

"But my former trainer (Bokkie Martins) also lost interest‚ and also trainers must begin to work together.”

Trainer Brendon Hulley and former boxer Peter Faver and also weighed in and said boxing in general is facing massive and youngsters would rather pursue potentially lucrative careers in football and cricket than burden themselves with the problems that continue to plague the fistic sport.

‘‘Purse monies are also not lucrative as they used to be back in the days‚” Hulley said.

‘‘Youngsters now think of soccer and cricket because there is big money in those sporting codes.

"You also need regular tournaments in our areas.

"One tournament per year will never attract new blood.

"I think the powers that be must take boxing back to the schools‚ get them when they are still young. Otherwise you can forget it.

‘‘The prominence of coloured boxers came during the apartheid regime when there was segregation.

"The relaxation of apartheid laws under the new government‚ allowing people to live anywhere around the country‚ impacted on boxing in coloured communities because most trainers of yesteryear moved out of their areas and relocated to the suburbs.”

In the golden years there was no shortage of boxers from the coloured community and there were gladiators like Gregory Clark‚ Chris and Derrick Whiteboy‚ Aladin Stevens and Gerald Isaacs‚ among others.

Bergman‚ Ward‚ Morais and Klassen stood the test of time in the latest crop.

Klassen‚ a former IBF junior lightweight holder‚ is also from Toekomsrus. But he is on wrong side of 35.

‘‘I think when old time trainers passed away‚ most guys quit‚” Faver‚ who is now a trainer‚ said.

‘‘Back then you had about 30 guys in the streets all doing boxing.

"Currently our boys are into football and body-building.

‘‘If anything is to happen‚ then it must begin with amateur ranks which is the feeder to the professionals.”

Bergman said while the situation is dire‚ he would not give up and would continue to knock on many doors. - TMG Digital