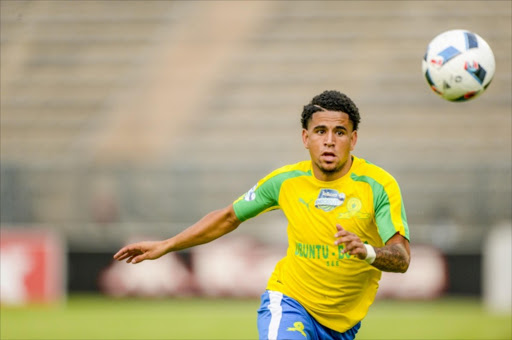 Premier Soccer League head of legal Michael Murphy has defended the integrity of the PSL’s dispute resolution chamber and described any claim of a conflict of interest in his law firm representing Mamelodi Sundowns against Keagan Dolly as “sad and pathetic”.

Murphy – a long-time champion of player rights in his cases before joining the PSL – said he believed any such claims to be made in desperation by a losing party.

Dolly lost his case last week at the dispute resolution chamber – brought by Sundowns – to keep his buyout clause at R12 million‚ a figure Downs admitted was a mistake made on their part when a new contract was drawn up.

The DRC ruled in favour of Sundowns and restored an original R25 million figure‚ in a case blocking a proposed move for Dolly to Montpellier or Olympiacos.

The South African Football Players Union (Safpu)‚ who took on Dolly’s case along with the Bafana Bafana winger’s own representatives‚ have gone public with issues they have with the DRC verdict.

Safpu have questioned the DRC’s neutrality‚ and have suggested that Sundowns being represented by Murphy’s colleague – Farai Razano - represented a conflict of interest.

Murphy defended the DRC‚ which he said he and Safpu helped set up in the early 2000s.

“The DRC is the most super-special tribunal in South African sport by a mile‚" he said.

"It exists because many years ago‚ acting for Safpu‚ and I brought a case called the ‘Coetzee case’ [similar to Europe’s Bosman ruling]‚” he said.

“After that case‚ to create a forum where players could access justice‚ the DRC was set up.

"Safpu‚ represented by me‚ was party to that creation.

"Those initial rules were agreed to by Safpu.

“The NSL constitution talks about an independent chairperson and two lists of panelists.

"One list is appointed by the players‚ and the other by the clubs.

“That is still the DRC of today‚ although it is vastly improved now in its independence and impartiality.

“The current chairman‚ Saleem Seedat‚ is the most remarkable human being I have ever encountered.

"Probably one club in 20 ever wins at the DRC.

“And it’s actually just grossly insulting to say these kinds of things because it suggests some kind of a role.”

Murphy denied any claim of a conflict of interest in his law firm representing Sundowns.

“Head of legal at the PSL has nothing to do with the DRC‚” he said.

"My knowledge of Mr Dolly’s case involves what I read on billboards‚ because I don’t read newspapers any more.

“Farai Razano (a lawyer who represented Sundowns) is a remarkable young man and fantastic lawyer.

“I have no idea how he ran the case‚ whether he ran it on his own‚ who was with him‚ or what happened.

“It’s for you to decide whether you think in those circumstances there’s a conflict of interest.”

Murphy added: “I fail to see the relevance of any of this.

"It’s the usual‚ sad‚ saying things to get in a newspaper.

"It’s pathetic and I wish it didn’t happen.”

Asked to clarify if when he became PSL head of legal‚ he continued to represent his company‚ Murphy said that he “can still do work for my law firm but not in relation to any participant in professional football”.