Ertugral mum on Pirates injuries ahead of Soweto derby against Chiefs 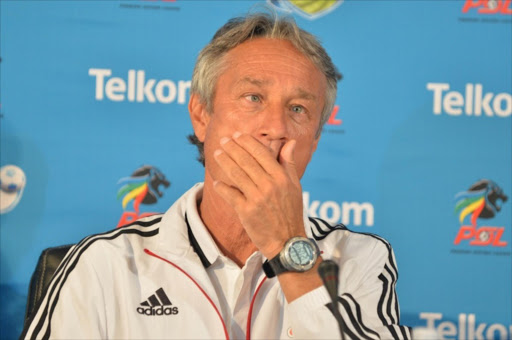 Speaking at Thursday’s pre-match media conference on his side’s Premier Soccer League match against Chiefs‚ Ertugral played coy and would not comment on who Pirates' injury concerns are.

“I won’t comment on that right now. The best XI will be on the field‚” was all the coach would say.

Ertugral admitted much of the derby thunder that is normally heard in the build-up to the biggest match on the South African sporting calendar has been stolen by Mamelodi Sundowns‚ and their Caf Champions League final victory against Zamalek in the past two weeks.

“Congratulations to Sundowns. How many trophies of that magnitude are won for South Africa? So obviously they deserved it. And they deserve the coverage they have received because of it‚” Ertugral said.

“But the derby comes now. It will kick in – from today I can see that. Congratulations to them and we will now concentrate on our game.”

Pirates lost 2-0 to an impressive Chiefs in the pre-season Carling Black Label Cup.