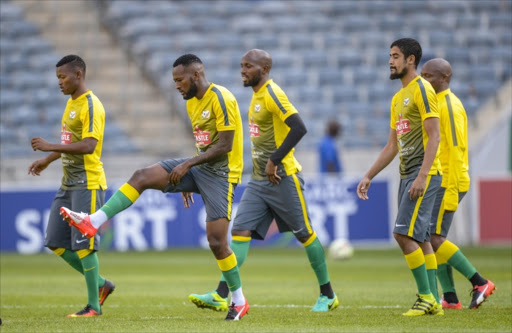 South Africa have generally had the better of Tuesday’s friendly opponents Ghana in matches down the years‚ but the west African side won their most recent clash when they ousted Bafana Bafana from the 2015 African Nations Cup finals.

Ghana’s experienced coach Avram Grant brings his side to Durban under some pressure after a goalless draw at home with Uganda in their opening World Cup qualifier on Tuesday.

They do have fond memories of South Africa though‚ especially six years ago when ‘BaGhana BaGhana’‚ as they were called‚ received huge home support from South Africans following the exit of their own national team at the 2010 World Cup.

Ghana were only prevented from becoming the first African side to reach the semifinals of the global showpiece by the hand of Uruguay’s Luis Suarez and a subsequent penalty miss from Asamoah Gyan.

But there are few other African teams who have enjoyed as much success over the Black Stars in the past few decades as South Africa.

An overall record of five wins and two draws in their 10 previous encounters is strongly in favour of Bafana.

The few blemishes to their record came in the qualifiers for the 2006 World Cup when an emerging Ghana side with the likes of Michael Essien‚ Stephen Appiah‚ Sulley Muntari‚ Gyan and old hand Sammy Kuffour did the double over them and would go on to star in Germany.

And then‚ of course‚ there was that exit from the Nations Cup in Equatorial Guinea when Mandla Masango scored a screamer to give South Africa the lead‚ but as has become all too frequent in this Shakes Mashaba tenure‚ they failed to hold onto the lead and lost 2-1 as John Boye and Andre Ayew netted for the Black Stars.

But aside from that‚ Ghana have provided Bafana with much to smile about.

Marks Maponyane and Doctor Khumalo both netted‚ the latter from the penalty spot‚ when the sides first met in a Four Nations Cup clash in 1994 that ended 2-1 in favour of Bafana.

Their next encounter was perhaps the most famous of all – the semifinals of the 1996 Nations Cup - when South Africa sparkled on the night as goals from Shoes Moshoeu (two) and Shaun Bartlett saw them thump their fancied opponents 3-0 at Soccer City.

Shortly afterwards the sides played to a 0-0 draw in another Four Nations Cup tie‚ before Bafana were again victors at the Nations Cup when they ousted Ghana 1-0 from the quarterfinals in Kumasi in 2000 as the Black Stars co-hosted with Nigeria.

That defeat remains a bitter stain on the memories of many Ghanaian football fans‚ who have never quiet forgiven Bafana since.

The teams met in the pool stages of the Nations Cup two years later‚ a match that this time finished in a 0-0 draw.

Then came those twin defeats in World Cup qualifying under Stuart Baxter‚ the power and skill of the Ghanaians too hot for Bafana to handle.

They triumphed 3-0 in Kumasi as Appiah scored twice after Muntari had put Ghana ahead‚ before inflicting a rare competitive home loss on Bafana with a 2-0 success at Soccer City.

Matthews Amoah and Essien scored to take Ghana to a comfortable win that only emphasised the gulf in class between those two teams at the time.

Benni McCarthy‚ on one of his comebacks to the side‚ scored the opener and Bernard Parker added a second as Bafana won 2-1 in Bloemfontein in 2008‚ some rare success for then coach Joel Santana in a friendly.

It would prove McCarthy’s 31st and final goal in a national team shirt‚ though he did win another six caps after that.

Katlego Mphela scored the only goal as South Africa then claimed another friendly win‚ this time 1-0 at Soccer City just a month after the end of the 2010 World Cup. - TMG Digital