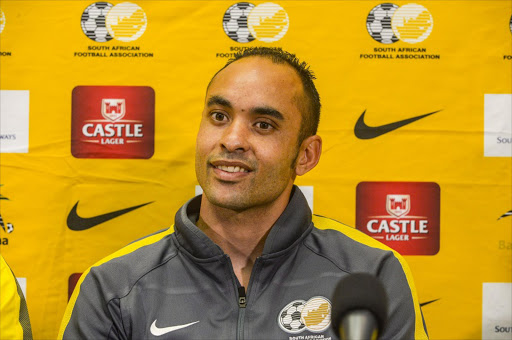 Eleazar Rodgers has called for composure in front of goal as pressure on Bafana Bafana strikers to convert chances increases.

The Bidvest Wits striker‚ who scored in his side's 3-0 win over Mamelodi Sundowns in the MTN8 final on Saturday‚ comes into the national team at a time coach Shakes Mashaba desperately needs a finisher to save his job after the disastrous 2016 Africa Cup of Nations (Afcon) qualifiers.

As the 2018 World Cup qualifiers begin this weekend‚ Rodgers believes he can handle the pressure of scoring the goals.

Mashaba has put a lot of his trust in Tokelo Rantie and Thamsanqa Gabuza upfront‚ but the presence of Rodgers will give him a different option when Bafana face Burkina Faso at Stade Du 4 Aout in Ouagadougou on Saturday (8pm SA time).

"There's always some sort of pressure that goes with scoring goals. As strikers it's our role to score the goals and obviously try to help Bafana Bafana. The coach has said it himself that (scoring) has been a problem for years‚ so hopefully we can come up with a solution to get more goals for the team.

"Sometimes pressure can bring out the best in you. We are professionals and we need to turn that pressure into some good composure in front of goal and do the business on the day. It's our job to score‚ so we just need to have a strong mentality. We will try our best to do that."

Rodgers admits that South African strikers have to work harder because they are usually overshadowed by foreign strikers in the PSL.

"Whoever scores‚ even if it's a foreigner‚ we have to learn from that. We have foreign players scoring a lot of goals in our league. We can only try to use that to help ourselves become better. We obviously have to prove ourselves more and work a lot harder."

Bafana leave for Ouagadougou on Tuesday and will fly via Accra (Ghana) and Abidjan (Ivory Coast) before reaching their destination on Wednesday.

"It's a big game. We have to do our job and do what the coach wants on the day‚" said Rodgers. - TMG Digital