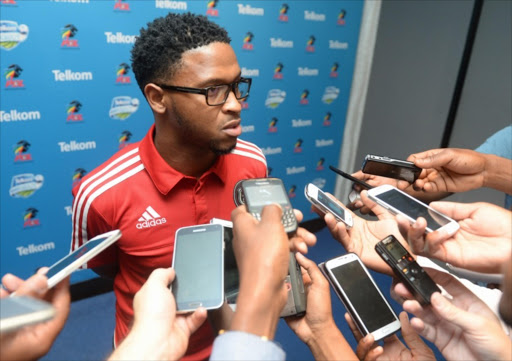 This despite the SA Institute for Drug-Free Sport (Saids) advising him to do so rather than take the matter to the courts as this is against the FIFA rules.

Ntshumayelo, whose contract has been terminated by Pirates following his positive test for cocaine on January 9, had initially pleaded guilty to taking the substance.

However, in an about-turn, the 26-year-old has contradicted Saids' public statement issued on August 27 which revealed his failed test.

His lawyers, Langa Attorneys, wrote a letter to Saids on September 2, where the player denies ever confessing to taking the banned substance.

This contradicts the contents of Saids' statement that "the athlete confessed evidence that he did take three lines of cocaine at a party and that he was influenced by friends and as a result committed a mistake".

Saids responded to Ntshumayelo's lawyers on September 12 and expressed concerns about their letter, which apparently makes a number of allegations against the anti-doping controlling body regarding the test, the hearing and its outcome.

"A matter that causes us grave concern is the contention that your client 'does not recall taking any banned substance listed on the Wada (World Anti-Doping Agency) doping code list of prohibited substances'. We appreciate that you must act in the best interests of your client, but the fact is that he testified to what he took, when, and what he thought at the time," reads Saids' letter, which Sowetan has a copy of.

Saids chief executive Khalid Galant further clarified to the Sowetan yesterday that Saids responded in detail to the letter from Ntshumayelo's lawyers.

"We responded and reminded the player of the legal remedies available to him and indicated that his allegations are without merit as they were not substantiated by referring to specific clauses of the anti-doping code that were allegedly violated," said Galant.

"The suspension has not been lifted. In any case, Saids does not have the authority to lift the suspension, only the anti-doping appeal board or the Court of Arbitration in Sport have the powers."

Ntshumayelo's lawyers contend in their letter to Saids that the laboratory in Bloemfontein that carried out the test on January 14 is prohibited from doing so by Wada. The laboratory has been undergoing renovations since March to meet Wada's requirements and will be restored by the end of this month.

It is on this basis that Ntshumayelo's lawyers believe that the test should be considered invalid and the ban lifted, but Saids, in their response, insisted that Ntshumayelo should direct his complaints to Wada.

"The accreditation, supervision, and suspension, of laboratories are matters dealt with by Wada. The suspension took place at a particular time, the reasons are matters you can raise with Wada if you wish, but the suspension [of the laboratory] has not interfered with the work of Saids because Saids has not relied upon the Bloemfontein Laboratory at any time relevant to Wada's suspension and will not do so," Saids added. Ntshumayelo couldn't be reached for comment as his phone was constantly off.