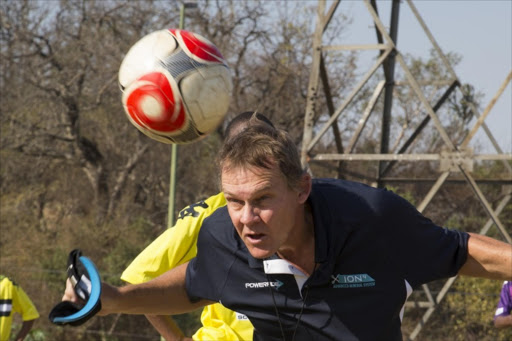 SAFA technical director Neil Tovey has urged Bafana Bafana players to fully understand what an honour it is to play for the national team.

Bafana, who play Mauritania in a dead-rubber 2017 Africa Cup of Nations qualifier tomorrow, have failed to qualify for the tournament in Gabon next year.

"I think what has transpired over the years, and I'm going to be quite outspoken here, is that our players are pretty much spoilt," stated Tovey this week.

"I don't believe that they don't want to play for South Africa, but I just think that at times it is not a do-or-die for them. That's the mentality that we talk about bringing and installing in our national team in terms of how special the occasion is and to put that jersey over your head on every single occasion. We used to live for that, we used to die for that and it used to be a huge desire for us to play in the next international match," he said.

Bafana coach Shakes Mashaba has said that he is considering bringing in the national team's former players such as Lucas Radebe to address the players about the importance of playing for Bafana.

Tovey, who captained Bafana to Afcon glory in 1996, added the current players earn big money and suggested that maybe they forget to focus on the job at hand.

"I'm not saying all our players don't have it now, but I don't think it is of such importance to our players now. They are earning huge sums of money locally, which shouldn't be a problem and they should rightfully look after their families. But if you look at a Messi who is earning a fortune, he's dying to play for his country [Argentina]. Ronaldo is dying to play for his country [Portugal], so we just got to install that into our players. The money shouldn't lessen your desire to play for your national team," said Tovey.

Tovey, however, is confident that it is not all doom and gloom across South Africa's national teams and believes that Vision 2022 is on track.

"We've had our U-17s go to the World Cup, we had our teams (Under-23s and Banyana Banyana) qualify for the (Rio) Olympics and we had the Under-20s qualify for the African Youth Championships," he said.