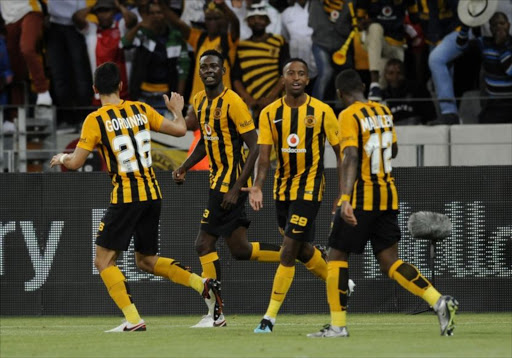 The former Orlando Pirates coach talks about the progress that has been made in getting a brand new team off the ground with little time before being thrust into the cauldron of action.

Q: How confident are you that you will be ready for your opening game of the new league campaign against Polokwane City on August 23?

A: I think it’s important now that we get down and work on exactly what we want to achieve and how we want to play.

We’ve spent the last weeks looking at players and now this week we’ve begun with the next phase. I was quite impressed with our friendly against Bidvest Wits (a 2-0 win on Monday in a game of three halves of 40 minutes each).

Our shape was pretty good‚ our transition from defence to attack was what I’m looking for‚ because we’ve been working on that‚ and it was the first time I started to see a little bit of that.

It is also because we’ve now got rid of all the trialists and can begin to purely focus on what we need to do.

Q: How many more players do you feel you need?

A: There are only two who are missing. Aubrey Modiba‚ you know‚ is at the Olympics and we are looking for one more. Someone in the attacking department.

Q: And then you’ll be happy with what you’ve got?

Q: What do you think of your opening fixtures?

A: Polokwane City at home is a six pointer! A tough one to start with. It’s obviously very important for us to start well in this league.

And then obviously … Chiefs (in the quarter-final of the MTN8). I would have preferred the game to have been on Saturday but I believe we are playing on Friday night (August 26). So it’s two tough games‚ they are not going to be easy.

Q: What are your training plans now until the league kicks off?

A: We didn’t have many friendlies in the first weeks because we were looking at and assessing players. But we have played three so far.

But from now until the first game‚ we’ll have another four‚ so it’ll be weekend‚ midweek‚ weekend and midweek again.

There is a lot of tactical work to be done. That focus now starts taking precedence. The first three weeks were important to build up the basis but now the real work begins.

Q: Do you feel the 14 players who came down from Mpumalanga Black Aces have bought into the project?

A: Absolutely. There were a few things I sought to change and their response has been very positive.

The transitional game is key to us doing well this season. We have a lot of speed and therefore that ability. We need to utilise that as a weapon.

The players have recognised that and so far they’ve responded and done extremely well.”