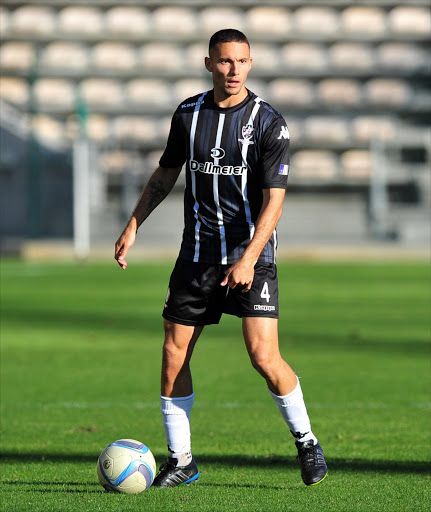 Roscoe Pietersen has become only the fourth signing of the pre-season build-up for Ajax Cape Town with just weeks left before the start of the season.

It is a return to the Mother City for the 27-year-old utility player who had been marked out as a future star when Chippa United won promotion in 2012.

But a series of serious injuries saw his star plummet and he will be hoping for a clear run to re-establish himself as a solid top-flight player.

“It’s an honour and a privilege to play for Ajax Cape Town‚ because I am from Cape Town originally so I know what a big club this is. It’s great to be home!

"I know the culture of the club and the culture of Cape Town football‚ so I am positive that I can make the Ajax fans proud‚” he said after signing his new contract.

Pietersen was a high profile signing from Chippa and spent three seasons at SuperSport United before moving back to the National First Division in the last campaign in a bid to recover his mojo.

He made just 15 starts in two and a half seasons at SuperSport‚ spending much of his time on the sidelines.

Not long after arriving at the Pretoria-based club‚ Pietersen suffered a cruciate knee ligament injury in late 2012 and had two major surgeries to try and fix it.

Pietersen suffered the ACL injury against Moroka Swallows in December 2012 but had to wait a month for surgery as most orthopaedic specialists were away on their Christmas holidays.

He returned after 10 months but his knee flared up immediately‚ swelling alarmingly after his first return game.

It was found that the injury had been irritated by a fragment caused by calcification and he had to go back under the knife again to clean it out.

He played just twice after that for SuperSport‚ who sent him on loan to AmaZulu for the second half of the 2014-2015 season.

After being released‚ Pietersen went to play at Vasco and has impressed Ajax coach Roger de Sa over the last weeks.