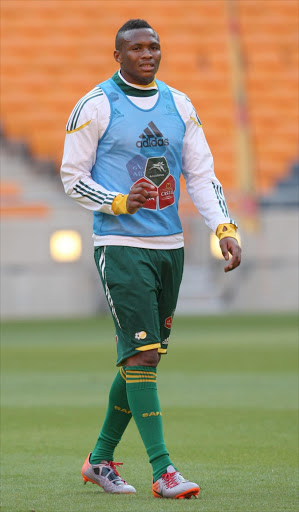 Cardiff City have said they will listen to offers for former Bafana Bafana midfielder Kagisho Dikgacoi after he was left at home and excluded from their pre-season camp in Germany.

Paul Trollope‚ manager of the English Championship side‚ admitted Dikgacoi could seek employment elsewhere as he enters the final year of his contract at the Welsh club.

‘KG’ played for 30 minutes in a friendly at the start of pre-season‚ but was left out of the trip to Germany and sent to train with the club’s reserves in order to bolster his fitness‚ something that has been a constant challenge for the player in recent years.

“He stayed back with the younger group to stay and train there. I thought that would be a move which would benefit all parties‚” Trollope told reporters.

“If the right thing comes along in terms of a move away then it's something we'll consider.”

Cardiff sent Dikgacoi on a solo boot-camp in the last pre-season in a desperate bid to get him fit after he had played just 74 minutes of league football in 2014/15.

He did make 25 appearances for Cardiff last season in all competitions as they missed out on the promotion play-offs in the closing weeks of the campaign‚ but at the age of 31 has now been deemed surplus to requirements.

Dikgacoi raised eyebrows in 2014 when he rejected the chance to stay with English Premier League Crystal Palace and instead take a more lucrative‚ three-year contract with Cardiff to play in the Championship one division below.

He was rated at Palace too‚ but given his age was only offered a one-year deal he eventually turned down.

The former Lamontville Golden Arrows midfielder has now been in England for seven years after making a rare move directly from the Premier Soccer League to the English Premier League when he joined then top-flight club Fulham.

After a barren 18 months in south west London he moved across town to Palace‚ where he became an instant hit and was a regular for his three seasons at Selhurst Park‚ making 82 starts and scoring six goals.

His last cap for Bafana Bafana came in September 2013 in the 4-1 win over Botswana in a World Cup qualifier.