Lions drawing inspiration from Whiteley magic ahead of Crusaders showdown 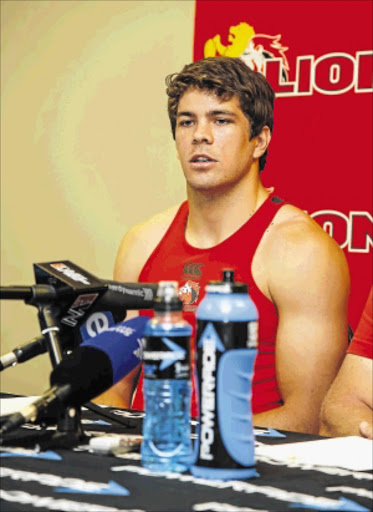 The Lions are drawing strength from captain Warren Whiteley’s timely return from injury as they build up to Saturday’s crucial Super Rugby quarterfinal against the Crusaders.

The influential 28 year old captain received the green light to return to action after injuring his shoulder while on Springbok duty last month.

The Lions agonised over whether he would recover in time to lead the side in the playoff stages of Super Rugby. His return brought a lot of smiles to Ellis Park.

“It’s very important [to have him back]‚” Lions centre Lionel Mapoe said.

“Warren has been our captain and he is a great leader. We all believe in him and we all trust his leadership. He is very important to the team.”

Even the opposition understands the eighthman’s influence on the Johannesburg side.

“With guys like him‚ it’s not just about the job they do but also about the impact they have on the young men around them.

“He’ll be critical to their psyche. Whether he lasts the game or not‚ that is not the critical matter. There is something special about him.”

While the Lions will draw inspiration from Whiteley‚ the Crusaders will also want to do well for their long-standing mentor Todd Blackadder‚ who brings to an end a reign that began in 2009.

The Kiwis‚ however‚ do not want to place too much focus on the emotions around the former All Blacks lock’s departure.

“Players and coaches come and go in any organisation‚” Matson said.

“It is about this group and this moment. Looking into the future does not help on Saturday.”

The match kicks off at 4.30pm on Saturday.