Bafana will benefit from Under-23's participation in Olympics - Pienaar 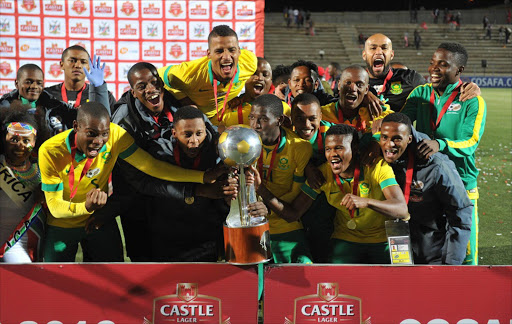 Steven Pienaar believes that Bafana Bafana will gain immensely from SA’s participation in the Olympics Games in Rio de Janeiro next month.

The South African under-23 side will represent the nation at the global showpiece in Brazil‚ but Pienaar sees the side's participation as an opportunity to improve the senior national team and boost SA's chances of qualification for future Africa Cup of Nations and World Cup tournaments.

“With most of the young boys going to the Olympics is going to help the senior team‚” said Pienaar‚ who has represented Bafana 61 times.

“When they come back the [coach Shakes Mashaba] is going to select players that will play in [the 2018 World Cup qualifiers]. For the experience of the team [their inclusion] will help.

“The only thing I can say is all the best to the coach and the players he will select.”

The 34-year-old also added that the participation of Pirates‚ who reached the final of the African Champions League last season‚ and Sundowns‚ who are contenders in this year's continental competition‚ also bodes well for the further development of the national team.

“African club competitions are important also for the national teams. The players get to play at that level where you play in bad conditions. You gain experience to improve as a footballer. When you get to the national team you are used to facing the challenges of playing in Africa‚” said Pienaar.

“With Sundowns doing so well is a plus. Pirates did well‚ and you could see the first time Shakes took over and qualified for the African Cup of Nations. So it’s a good sign that Sundowns is doing so well.

“Hopefully the other clubs that will play in the African Champions League in the next season – it’s a good opportunity for the young kids as well.”

Pienaar‚ who has also attracted interest from Asia‚ has not yet made a final decision on his next move. However‚ the Johannesburg-born star will sign on the dotted line for his preferred side before the end of the month.

The former Ajax Amsterdam and Tottenham Hotspurs ace also sees the return of established players towards the end of their careers to SA as an opportunity to impart knowledge to up and coming stars.

“It’s good for the young players when you come back‚” he said.

“You have got the knowledge‚ having played at the highest level. You want to share your knowledge with the young players who have goals to play in Europe… show them the right way.”