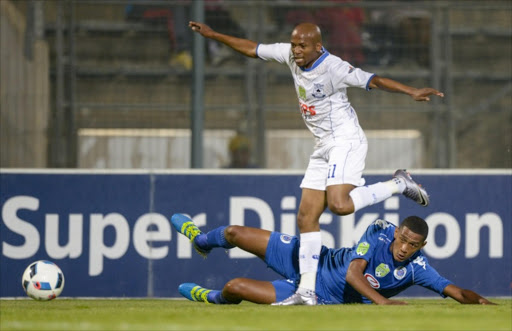 Aubrey Ngoma says the Mpumalanga Black Aces players that have moved to Cape Town are settling in nicely in the Mother City.

Ngoma is one of the players who have had to relocate after John Comitis bought the club from the Morfou brothers - Mario and George.

The other players that are currently accommodated in Parow are Shu-Aib Walters, Bhongolwethu Jayiya, Vincent Kobola, Lebohang Manyama, Given Mashikinya, Sibusiso Masina, Mpho Matsi and Thabo Nodada. Aubrey Modiba and Judas Moseamedi, who were part of Bafana's Cosafa Cup squad, will also join the group.

"The welcome at the airport [on Thursday] was good. The boss [Comitis] and everyone welcomed us. We've also been given good accommodation and we feel at home. We can't complain about anything. They even took us hiking," Ngoma told Sowetan.

Ngoma is delighted that the club has managed to hold on to the young players who were influential last season, including PSL's Young Player of the Season Modiba.

"The youngsters contributed to the team's success last season [finishing fourth] and I think we have a good coach. We can make this a success," he said.

Meanwhile, the club's new head coach Eric Tinkler will return to South Africa this weekend. He's on holiday in Portugal.