Pirates hope for revenge over Stars 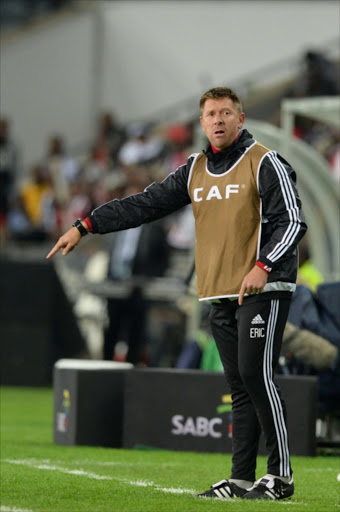 Stars beat a then stuttering Pirates 1-0 in Bethlehem on February 17 to send a Bucs team who had stuck their heads into the top eight crashing back to the bottom half again.

That result prompted the long-awaited turnaround in form that the Buccaneers had been threatening to produce since the Christmas break.

Pirates have won five of their six league and cup matches since their defeat in Bethlehem, not quite rising like Jesus from the dead, but certainly showing the signs of life their supporters had clamoured for all season.

Stars have looked the part under Italian coach Giovanni Solinas - with one defeat from five PSL games and they are in eighth place.

"We have played well in recent matches and we are winning our games, but they have also won their games and they have improved a lot. We just hope all will go well for us," Bucs defender Ayanda Gcaba said.

Pirates bounced back from their defeat to Bidvest Wits by reaching the Nedbank Cup quarterfinals with a 3-1 dismissal of Jomo Cosmos in Potchefstroom on Sunday.

Tendai Ndoro scored a second brace of the season against Ezenkosi, the Zimbabwean striker's six goals in six league and cup games playing a notable role in Pirates' revival.

"We're in a good space as a team because we are creating chances, scoring goals and winning games," Bucs coach Eric Tinkler said.

"We are into the business end of the Nedbank Cup, and in the remaining games in the league, if we keep this momentum we can see ourselves with a high finish."