Banned ex Safa official Goddard: I did nothing wrong 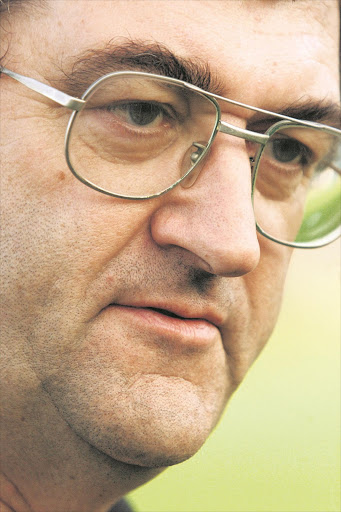 Former South African Football Association (Safa) head of referees Steve Goddard says he is in shock after FIFA banned him for two years for his alleged involvement in match-fixing.

According to Fifa‚ they violated articles 13 (general rules of conduct)‚ 15 (loyalty) and 18 (duty of disclosure‚ cooperation and reporting) of the Fifa Code of Ethics.

Goddard and Carelse both received two-year bans‚ which come into force immediately.

Goddard says he is stunned and maintains his innocence: “I did nothing wrong. This is beyond belief.”

Asked if he is going to appeal the ban‚ Goddard says he cannot afford to pay the costs.

“It will cost me to appeal and I’m not prepared to incur costs. I did nothing wrong‚ full stop‚” he added.

He was not prepared to comment any further‚ but worth noting are previous claims that he was actually the whistle-blower.

As a matter of background‚ the match-fixing allegations centred on Bafana matches in May 2010 against Thailand [4-0 win for Bafana]‚ Bulgaria [1-1]‚ Colombia [2-1 Bafana win] and Guatemala [5-0 win for Bafana].

According to a report two years ago that was filed in Business Day Sport Monthly‚ “[Convicted match-fixer] Wilson Perumal and his crooked refs fled after Safa referee boss Steve Goddard called their bluff before the last warm-up game against Denmark in Atteridgeville one week before the kick-off of the World Cup”.

Goddard also claimed that he received a call from Perumal‚ who threatened him over the line as he left the Lucas Moripe Stadium after the match against Denmark.

Article 15 states: “Persons bound by this code shall have a fiduciary duty to Fifa‚ the confederations‚ associations‚ leagues and clubs.”

And article 18 reads as follows: “Persons bound by this code shall immediately report any potential breach of this code to the secretariat of the investigatory chamber of the Ethics Committee. At the request of the Ethics Committee‚ persons bound by this Code are obliged to contribute to clarifying the facts of the case or clarifying possible breaches and‚ in particular‚ to declare details of their income and provide the evidence requested for inspection.”

Safa says it welcomes the sanctions imposed on their former officials.

“At Safa we have a zero-tolerance policy for any corrupt activity which impacts negatively on this beautiful game and for that reason we welcome strong measures against any individual who is found guilty of such offenses. This should serve as a warning to anyone harbouring intentions of engaging in nefarious activities within the sport that the long arm of the law will catch up with them. Be warned‚” read a statement from the association.

Sedibe and Carelse couldn’t be reached for comment‚ while Kika‚ like Goddard‚ had denied any wrongdoing when banned in October.