'I needed to come back to Chippa' 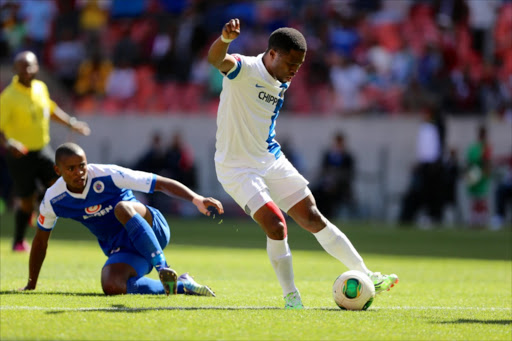 STRIKER David Zulu made his name at Chippa United, which makes it fitting that he has found his way back to the Eastern Cape club in search of fitness and form.

STRIKER David Zulu made his name at Chippa United, which makes it fitting that he has found his way back to the Eastern Cape club in search of fitness and form.

Joining Kaizer Chiefs is almost every player's dream but when it happens, it does not always go along swimmingly.

Zulu played a quiet but critical role in Chippa United's 2-0 win against Golden Arrows at the Chatsworth Stadium on Saturday.

The plaudits did not all fall to him as Buyani Sali and Thamsanqa Sangweni engineered the win with a solid midfield performance that exposed the Achilles' heel that is the Golden Arrows midfield.

"I could say it was my decision to come back to Chippa because I felt I needed some game time and to people who know me as a footballer.

"Therefore I need to do my job as a footballer and when you become inactive, people forget about you.

"When you're a footballer, you want to take part in each match and when you don't play for quite some time, you tend to get lost in the system," Zulu said.

"Doubts start creeping into your mind about your capability as a footballer and you start questioning yourself.

"I came back to Chippa so I can play and I'll see what happens at the end of the season."

"This is an opportunity for me to show people that I'm still around and can still play good enough football to be selected for the national team should the opportunity arise.

"For now that's important but the fact that I've fitted in seamlessly shows that I looked after myself when I was injured," Zulu said.

"At Chiefs I learnt how to handle myself better as a professional but also on how to deal with pressure because Chiefs is a big team."