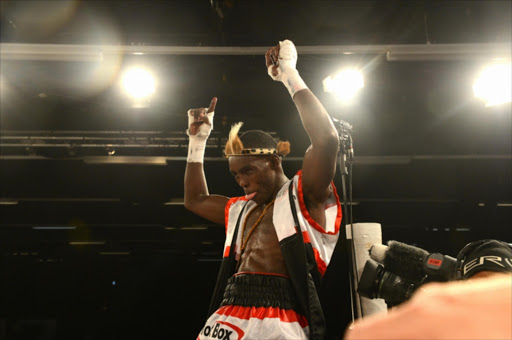 WBA Pan African lightweight champion Xolisani "Nomeva" Ndongeni says the No 7 spot he has been given by the WBA's ratings committee is the result of hard work.

He also says he intends to step in the footsteps of Peter Mathebula, Gerrie Coetzee, Piet Crous, Brian Mitchell and Dingaan Thobela, who remain the only locals to have won WBA belts.

Ndongeni paid tribute to the WBA for recognising him with a top 10 rating.

"This is one of the big four boxing bodies in the world, so I feel honoured really," said the 25-year-old boxer, who remains undefeated after 20 bouts.

"It feels like I have already won the WBA title."

The Johannesburg-based Eastern Cape fighter, who also holds the IBO strap, also gave credit to his manager Colin Nathan and promoter Rodney Berman for making sure in their year-long union that Ndongeni fought for both the WBA Pan African and IBO straps, which he won against Mzonke Fana and Jasper Seroka respectively last year.

He had been with trainer Chief Njekanye in Duncan Village where they both won the SA and WBF International junior lightweight, SA and IBO International lightweight straps as well as the Dicksy Ngqula's controversial Premier Boxing League last February.

Said Nathan: "The danger man is WBA Interim champion Ismael Barroso (currently rated No 2). He can punch but I honestly believe that if we are offered a fight against regular WBA champion [Anthony] Crolla I would take it because Nomeva's style would give Crolla nightmares."